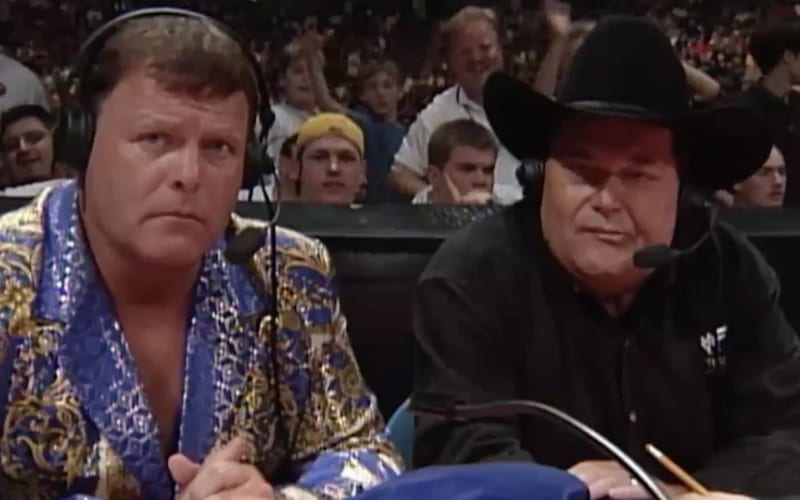 Owen Hart tragically died at Over The Edge in 1999. He didn’t feel right about the fatal stunt before going through with it, and WWE wasn’t prepared to perform such a stunt either.

During Dark Side Of The Ring’s season finale, Jim Ross recounted the terrible story about being forced to tell the WWE Universe that Owen Hart died at Over The Edge.

Ross was right there at ringside so Kevin Dunn figured someone told him that Hart passed away. Jim Ross was unaware of what was going on just a few feet from him because of the chaos. This caused a very difficult situation when Dunn instructed Jim Ross to break the terrible news when he didn’t know about it himself.

“In the chaos Kevin Dunn, the Executive Producer, thought that I had been told what the deal was. I said, ‘Kevin, no one has told us anything. What is the update?’ And [Dunn] said, he’s dead. And you’re back in 10… 9…”

“On camera what people saw was 10 seconds of preparation. I didn’t know what to say and it wasn’t storyline. I got very numb after that night. My hands were shaking, my stomach was hurting. I was just… I was… damn, man.”

Jim Ross was in a terrible situation. He was forced to tell the world that Owen Hart had died seconds after discovering the news himself. He relayed the announcement to the best of his ability and the moment will live on forever.