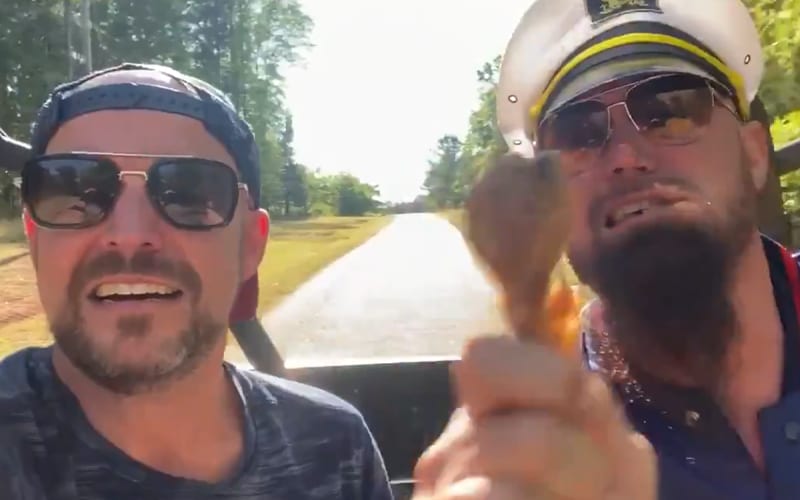 Luke Gallows and Karl Anderson were released from their WWE contracts on April 15th. Their non-compete clauses run up in mid July, and they already have something planned.

Karl Anderson dropped a trailer for “TalknShopaMania. This is going to be linked to their Talk n Shop podcast.

The trailer didn’t provide a ton of information about the upcoming event. Fightful reports that TalknShopaMania will feature wrestling matches and variety show aspects as well.

The show will air on August 1st. Production is planned to start in late June or July in Atlanta. At this time it is unclear who will be involved other than the Good Brothers.