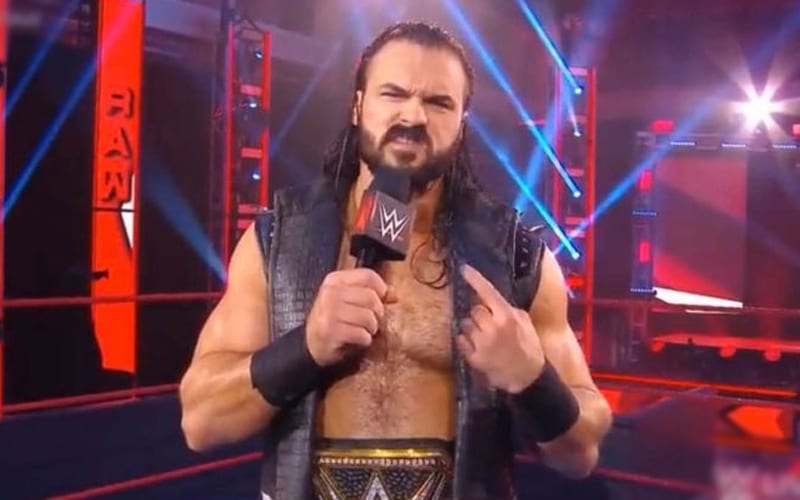 Drew McIntyre and Bobby Lashley have a match at Backlash, but the company filmed that event today. Their match has already taken place in reality, but they’ve still got a feud to hype.

Bobby Lashley sent out a tweet saying that it will be one more week until Drew McIntyre’s story as WWE Champion is over. He stated that his prophecy has been written for years. He also posted a photo of himself holding the WWE Title.

McIntyre fired back saying that it was “cute” that Lashley found a “replica” title to pose with. It even had Seth Rollins’ sideplates for some reason. Becoming WWE Champion capped of an 11 year journey for the King Of Claymore Country and he’s not letting go of his title so easily.

How cute, you bought a replica, about as close as you’ll be getting to the title. Seth’s side plates as well, your fate will be the same as his. “The Chosen One” was 11-years-ago, since then I’ve been released, came back, & became Champion. The fans chose me. What have you done?

McIntyre followed this up by saying: “FYI, people think this is photoshop. No. He actually asked to have these photos took whilst he was playing make-believe.”

There is a strong rumor that Bobby Lashley has a WWE Title run in store for him. This might be the case since Paul Heyman has a vision of MVP managing a World Champion.