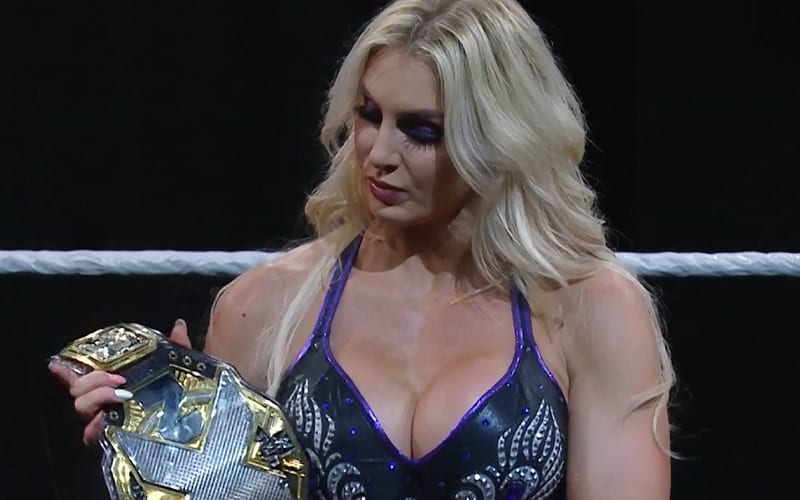 WWE NXT TakeOver: In Your House concluded with a women’s triple threat match and a title change. The finish of that that match will make much more sense in time.

During a post TakeOver conference call, Triple H was asked about the finish for the NXT Women’s Title match, specifically Charlotte Flair’s future in NXT. He stated that Charlotte Flair not taking the pinfall had nothing to do with her last name. In fact, that is “garbage” if you ask him.

This was the start of something that will hopefully make much more sense months down the line.

“The finish was done the way it was done tonight for a very specific reason. Some people will read into that an say, ‘Jeez Charlotte can’t even get beat by — now to me that whole rhetoric with her name and stuff and being Charlotte Flair and her dad and her name and all that stuff is garbage — she works as hard as anybody I’ve ever seen. She’s a great performer she deserves everything she’s ever gotten and has. This was done for very specific reasons for storytelling purposes and hopefully, if we get to tell the story the way we want to over the next coming months I think three or four months from now hopefully you’ll go ‘I know exactly why they did the finish that they did.'”

We’ll have to see what Charlotte Flair does next. She has appeared on all three brands in recent weeks so she’s got feuds going on where ever she goes.