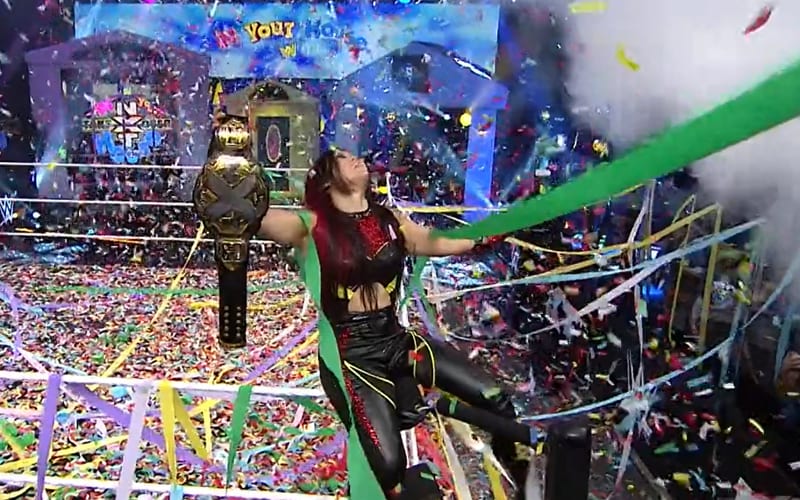 WWE NXT TakeOver: In Your House ended with a triple threat match for the NXT Women’s Title. Charlotte Flair battled both Io Shirai and Rhea Ripley. When the event came to a close, a new champion was crowned.

The three women took each other to the limit. Several high spots and near falls took place. The match came down to the wire after Io Shirai hit a dive of the In Your House set. Rhea Ripley hit a Riptide on Flair from the top rope. Then Charlotte Flair finally got a kendo stick involved.

Flair hit a spear on Ripley and locked in the Figure 8. Then Io Shirai nailed a moonsault off the top rope onto Ripley and she got the pinfall.