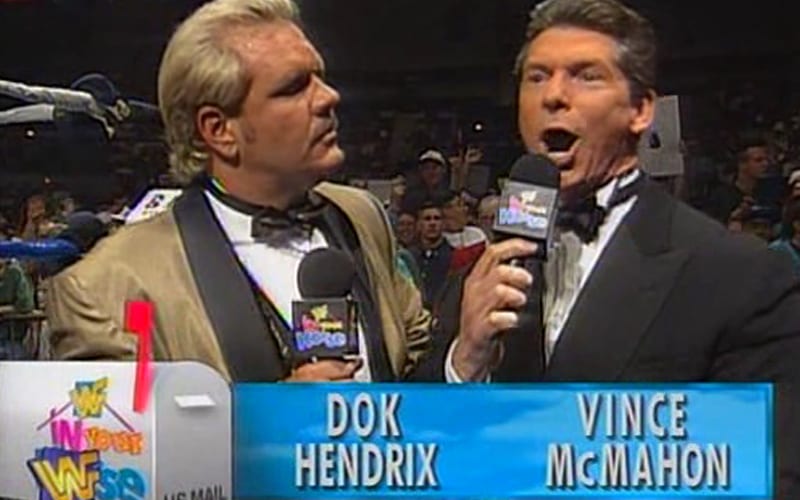 WWE NXT TakeOver: In Your House had plenty of nostalgia, but Michael Hayes wouldn’t reprise an old role.

During the post TakeOver phone conference, Triple H revealed that he tried to convince Michaels Hayes to come back as Dok Hendrix. After all, they were able to snag Todd Pettengill, but Michael PS Hayes was a bit of a harder sell.

“You have no idea how hard I tried to get Michael Hayes to show up, cut his hair and be Dok Hendrix. His refusal was loud and very intense I could hear hear him exploding through my cell phone as the Dok Hendrix picture appeared on the wall of Johnny Gargano’s living room before he exited the house which was phenomenal to me.”

Dok Hendrix didn’t come back for real, but his photo did make a quick cameo. WWE’s NXT TakeOver: In Your House could become a yearly event as well. So there’s always next time for a return of Dok Hendrix.