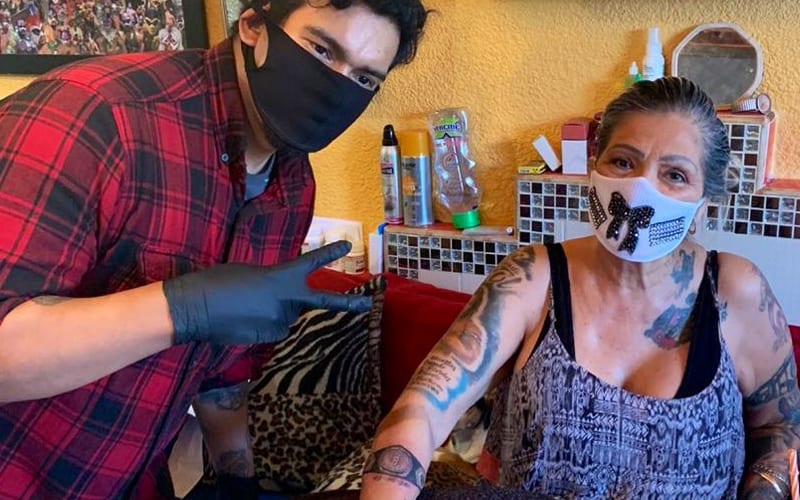 Last week was a big night on NXT for both men in the main event match. The NXT Cruiserweight Championship was on the line. Drake Maverick got his job back, but El Hijo del Fantasma won the title. His mother was very happy for him and she has a unique way to celebrate such events.

Fantasma’s mother has several tattoos. She added another one of the NXT Cruiserweight Title along with the date her son picked up his latest title. He posted pictures of this event and said that his mother is his #1 fan.

Getting a tattoo after her son’s title win is apparently nothing new. In a tweet translated from Spanish, El Hijo del Fantasma said.

My # 1 fan … MOM #OhLaLaMother#MexicanMother According to their ritual, after each championship …

Jordan Devlin could come back and challenge El Hijo del Fantasma once WWE decides to bring him back. At this time, WWE doesn’t have any plans for anyone who is stuck in the UK.