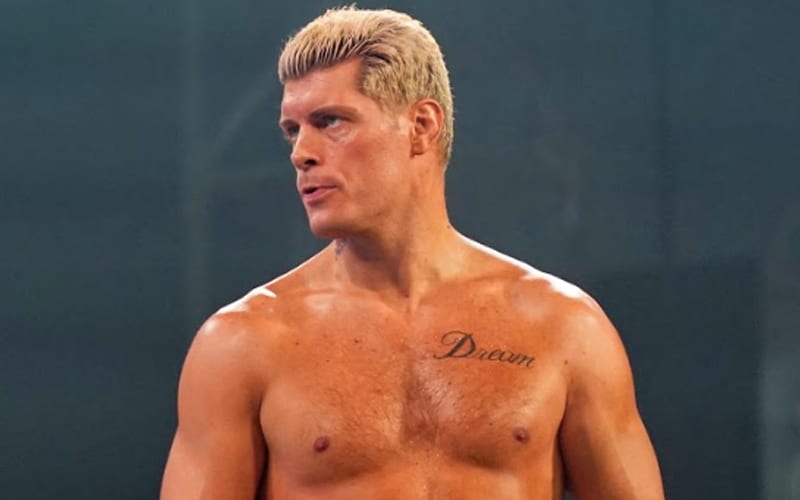 The Revival left WWE and now they are FTR in AEW. The Top Guys might get to mix it up in the ring with Cody Rhodes soon enough. FTR already has something to prove to the American Nightmare.

During their time on the Jim Cornette Experience, Dax Harwood revealed that Cody Rhodes really pissed them off with comments he made about their matches.

Rhodes previously said that FTR rehearsed their matches at the WWE Performance Center. Harwood took some offense to that remark.

“It pissed me off so much and I’m getting hot right now talking about it because 1) he’s trying to sh*t on our legacy. I’ve never in 15 years not once have I ever practiced a wrestling match. So with him saying that, I kind of felt like he was trying to tarnish and taint what we had built up and so that’s what really pissed me off is they took it from something that was ‘haha’ funny to making it personal and that’s what bothered me.”

The Top Guys are in AEW, but nothing is apparently signed. They have a handshake agreement with the company which is good enough for now. Hopefully, we’ll get to see all of the matches that fans imagined for FTR in AEW.