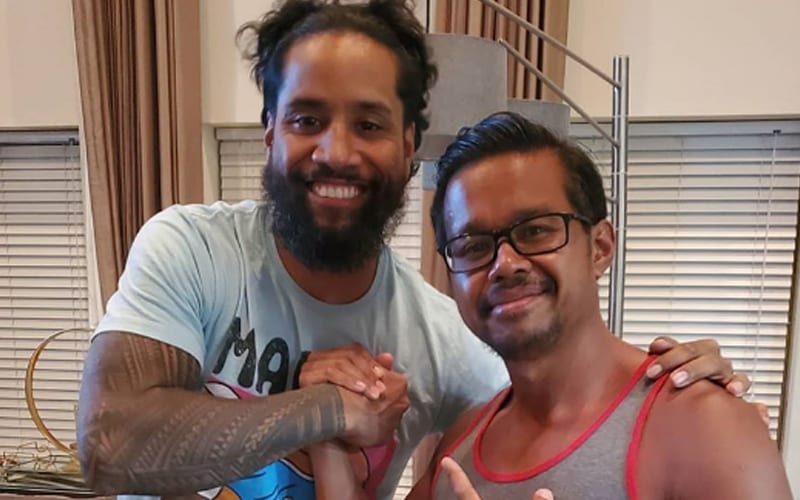 Jimmy Uso is out of action with an injury. This was first exclusively reported by Ringside News. Now he is recovering, and he seems happy, but Uso could still use a comb.

WWE wardrobe designer and Sasha Banks’ husband Sarath Ton recently posted a picture with the injured Uce. Jimmy had a big smile on his face but Ton had to rip on Uso’s hair while saying “he ain’t holding up too well.”

Family road trip, so we decided to pop into Pensacola and pay a visit to the good homie @jonathanfatu and @trinity_fatu . As you can see by his hair, he ain’t holding up too well lol

It’s good to see that Jimmy Uso seems to be doing well. Hopefully, he will be able to recover in quick fashion.

Ringside News exclusively reported on Jey Uso’s status while Jimmy is out of action.