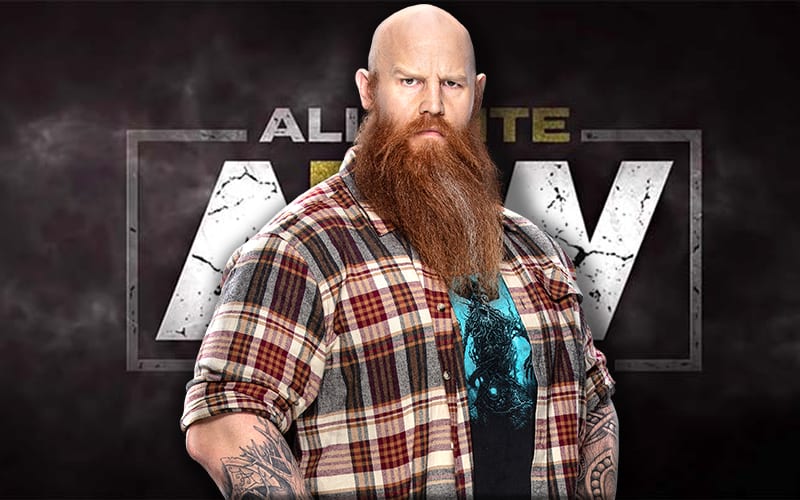 Erick Rowan ran into the same issues that Luke Harper did in WWE. He was pigeonholed in a particular character type that he couldn’t get out of. Brodie Lee was able to find a second career in AEW, now Rowan might look to do the same.

While speaking to Lewis Nicholls, Erick Redbeard expressed interest in coming to AEW. He would love to be able show what he can actually do to a wider audience. At this point, his 90 day non-compete clause from WWE is still active so he hasn’t spoken to anyone yet.

“I haven’t had any conversations. I’m still under a 90-day no-compete clause. But, as far something like that, that would be awesome to be able to show your talents on a national level because they do have a contract through TNT and they get great exposure, they have a lot of really good guys that work there that know what they’re doing and they’re giving kids chances so yes, I do watch. I do find it entertaining at points and not entertaining at other points which every show is like that. You can watch anything on television. There’s other guys on the independents that I’d love to work with. They have some big boys over at IMPACT, they’ve got some big boys over at ROH. You know, and that’s not even getting into overseas stuff. But as far as AEW would go, for me and I think Brodie [Lee] would say this as well, we need to stay the hell away from each other. Just keep finding each other somehow.”

We’ll have to see if AEW jumps on the chance to sign Erick Rowan. There are a lot of possibilities for a big guy like him, but it might be hard to keep him away from Brodie Lee as they always keep finding each other.