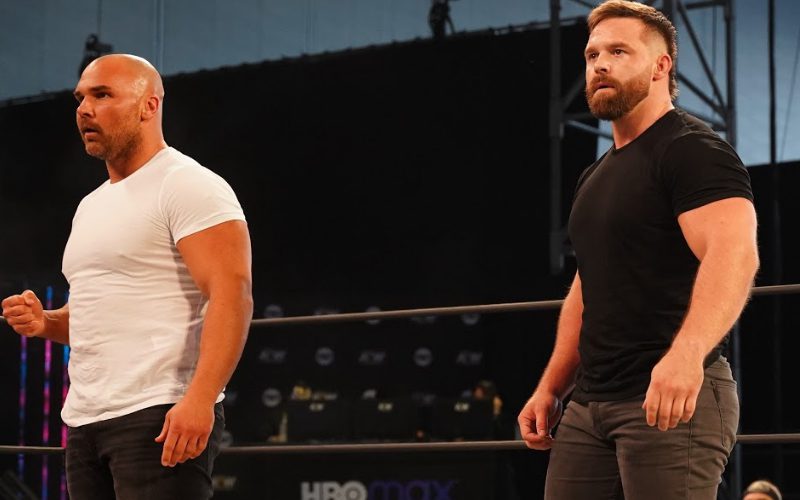 FTR are now appearing on AEW Dynamite, but they apparently haven’t made it official.

Cash Wheeler and Dax Harwood are apparently on “handshake deals” with All Elite Wrestling. This is likely to change, but it seems to be the case right now.

Harwood revealed this during an Instagram live stream according to Wrestle Zone. They are permitted to take indie dates, but that begs the question of where they would work right now. Some companies are starting to look at dates in a couple of months, but nothing is happening right away.

Dax Harwood toyed with the idea of taking on Karl Anderson and Luke Gallows somewhere down the road as well. Anderson and Gallows are currently under WWE’s 90 day non-compete clause. They wouldn’t be able to take any indie booking until mid July anyway.