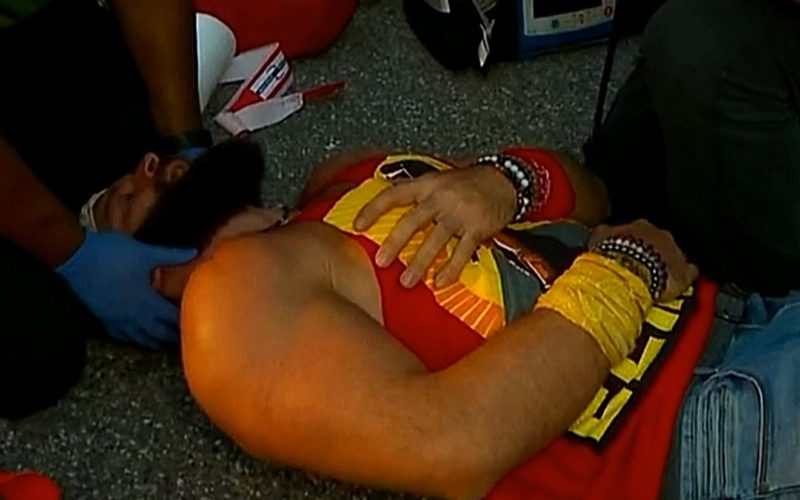 Elias was the victim of a hit and run last week, but we didn’t see the impact. His injuries were very real according to WWE.

Michael Cole kicked off SmackDown this week by revealing that Elias won’t be back “for a couple of months.” He suffered ribs and a torn pectoral muscle after Sheamus hijacked Jeff Hardy’s rental car and ran him over before the show started last week..

Elias was actually supposed to wrestle in the IC Title Tournament last week, but Sheamus had other plans as he hit him with Jeff Hardy’s car. Now Elias will be out for a couple of months according to Cole.

We’ll have to see if this is a storyline injury so Elias can return sooner.