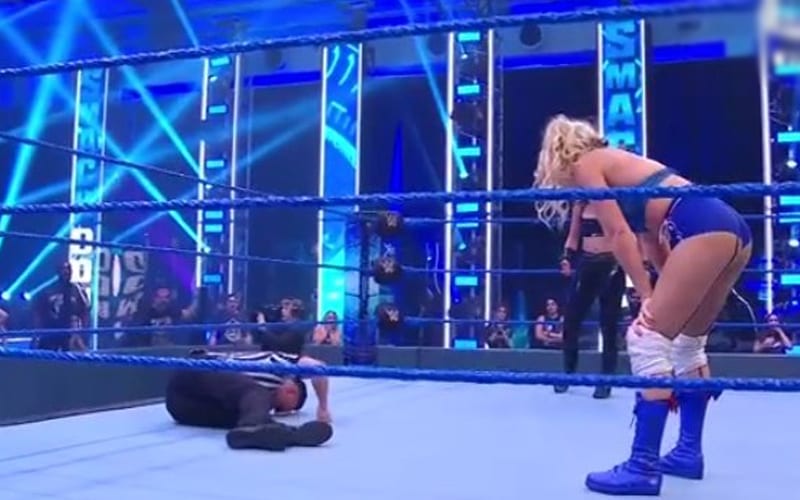 Sonya Deville and Lacey Evans were having a match on WWE Friday Night SmackDown, but they weren’t the only ones who had to be careful of injury.

Lacey Evans and Sonya Deville were wrestling and the referee was accidentally knocked down. He tried to stand up, but he had trouble and couldn’t put a lot of weight on his leg.

As the referee fell back down, they cut to a camera where fans could see people running down to the ring from the back. Then they cut to commercial.

When we came back from commercial, Jessika Carr was oficiating the match instead. Michael Cole explained that the original official was injured during the match. This was not part of the show. Hopefully, he’s okay.