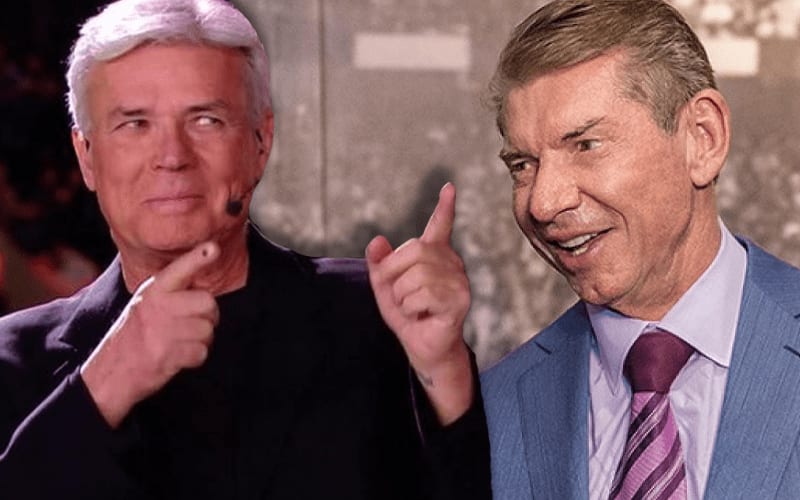 Eric Bischoff and Vince McMahon have a very interesting history. They have crossed paths a few times, but they’re not especially friendly by any means.

Eric Bischoff recently spoke to TalkSport where he admitted to the reason for his dismissal from WWE. This was followed by a question about how close he got to Vince McMahon. They aren’t friendly and don’t socialize, but Easy E would still consider The Chairman a friend.

“Vince McMahon is not a social friend of mine. We don’t have dinner together when I’m on the east coast or keep in contact a lot, but we’ll share a text every now and again. I still consider him a friend, to a degree. And I have an immense amount of respect for him. So there’s no frustration or anger on my part, because it was on me, not them. I didn’t live up to the job.”

Vince McMahon is a very busy man so he doesn’t have a lot of time to socialize. Eric Bischoff wanted to make sure that it was known that he still has respect for Vince McMahon. There is also no anger from Bischoff’s side because he simply didn’t live up to the Executive Director role on SmackDown as he was expected.