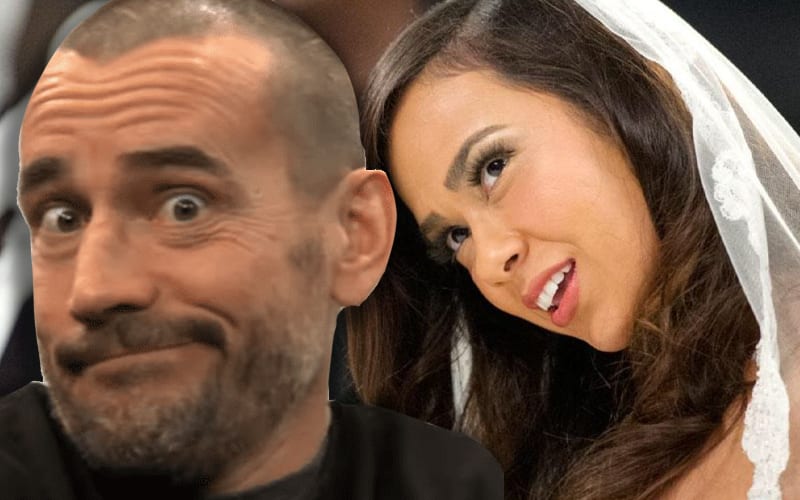 Daniel Bryan and AJ Lee nearly tied the knot on WWE television. It didn’t happen, but CM Punk still got a kick out of it.

While appearing on WWE Backstage, CM Punk discussed the classic wedding angle with his now-wife and Daniel Bryan. Punk stated that AJ Lee looked out of place wearing a wedding like that. It was so ridiculous that he just had to remember the moment forever with a photo.

“I just remember that night because and I remember it being so ridiculous that April [AJ Lee] was wearing a wedding dress and she had to wear that wedding dress for a long time the way they rib people with rehearsals and everything like that. Who she is, who she was at the time wearing that ridiculous wedding gown was just amazing so I grabbed her in the hallway and I took a great picture with her because I thought it was just so juxtapose to who she is and her personality is and I just remember thinking that it was just so silly. How weird is that the whole thing blossomed into me and her getting married.”

“I have nothing but great memories from that time. Working with Bryan, working with April.”

It is interesting how things turned out. CM Punk and AJ Lee were eventually married in real life. She didn’t wear a dress anything like the on that WWE made her wear on her actual wedding day.