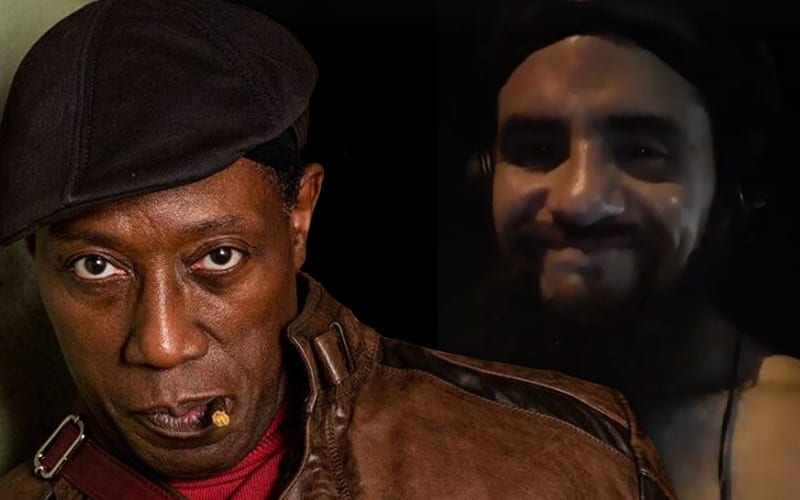 Armando Alejandro Montalvo was told to stay away from WWE property, but he’s not good at listening.

Click here for a full video of Montalvo arriving on WWE property at 3 AM this morning.

Armando then ran into another man who happened to be on WWE property. This man didn’t give his name, but it was clear he did’t work for WWE.

While speaking to this man about his favorite wrestlers, Montalvo took off his shirt and asked: “would you like to see me face CM Punk?” He also stated that “I’m not the new kid on the block. I’m the person they like to shoot on the block.”

This new man started talking to Armando like he thought he was a wrestler. Montalvo then asked if he needed motivation to help with his mic skills. During their conversation, Armando used one of his favorite claims: “His dad is Wesley Snipes.”

This man believed Montalvo when he said his dad is Wesley Snipes’ son. “I have 13 gay fathers,” Montalvo said while saying that Snipes is “one of his fathers.” The man still believed him.

The man flipped out and couldn’t believe that he was hanging out with Blade’s kid. Then he proceeded to list all of his favorite Wesley Snipes movies.

Armando told the man that he wanted to ensure everyone that he’s not against WWE. His family Wesley Snipes pays taxes for WWE to be there. So Snipes allegedly told him to keep walking the streets and make sure that people are safe.

The man eventually walked off without having any reason to doubt that he just met Wesley Snipes’ son.