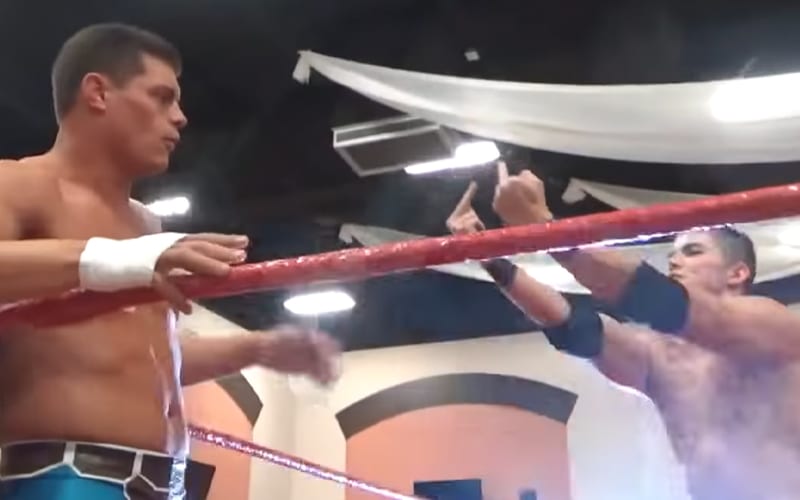 Sammy Guevara was getting some buzz in 2016 when Cody Rhodes was booked in a match against the eventual Spanish God. Cody had no idea what to expect.

While speaking to Wrestle Zone, Sammy Guevara explained what it was like wrestling Cody Rhodes for the first time. Cody thought that Sammy was a babyface because he had pandas on his gear and wore pink. Things changed when the American Nightmare tried for a handshake, but he received a middle finger in his face instead.

“I have one that’s on my own YouTube channel that you guys can go watch for free. It’s myself versus Cody Rhodes for the first time in 2016. We wrestled each other in Corpus Christi. A funny story—Cody had heard about me, but at the time he didn’t know much about me. I had pandas on my gear, I wore pink—I probably looked like a super babyface. He thought I was a babyface, and at the beginning of the match he goes to shake my hand. I give him the middle finger, the bird, and his face when he realizes, ‘ahhh, he’s a bad guy!’ It’s priceless, and the camera zooms in perfectly on his face right at that moment.”

Rhodes and Guevara later wrestled in the very first match of AEW Dynamite. Things were much different that time around because Cody knew what to expect from Sammy Guevara.