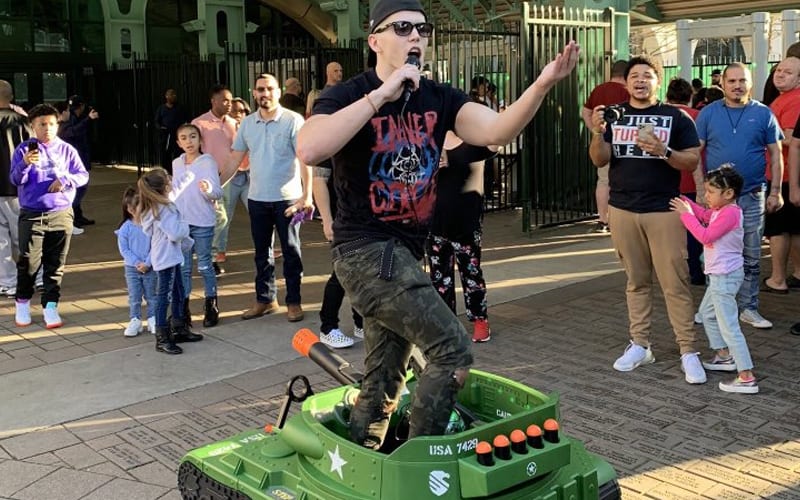 WWE held the Royal Rumble event in Houston this year. It was a big show, but fans arriving at Minute Maid Park got an extra bit of entertainment as Sammy Guevara was outside the stadium.

While speaking to Wrestle Zone, Sammy Guevara denied having any memory of that event. He was apparently just driving his toy tank around his hometown of Houston and happened upon “some event.”

Fans thought that Sammy Guevara was reenacting the classic D-Generation X bit where they drove a tank into WCW. Apparently, that wasn’t what he was doing at all according to him.

You can click here to watch footage of Sammy Guevara riding that tank and let us know how you think he forgot about doing it.