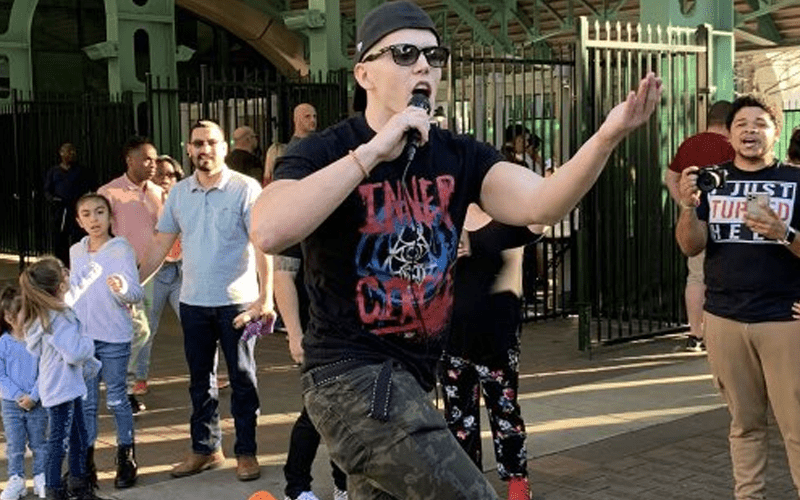 AEW might not have sent Sammy Guevara to the Royal Rumble, but he showed up anyway. The Texas native went to Minute Maid Park and he was on a tank too.

Fans arriving at the Royal Rumble were greeted by the Spanish God yelling at them. Some people just passed him by, but others definitely knew who he was.

Sammy Guevara was showing his appreciation of pro wrestling history as he rode a tank just like DX once did when they invaded WCW. Guevara’s tank was a bit more economical.

You can check out a video below of Sammy Guevara cutting a promo on fans as they made their way to one of WWE’s big 4 events.