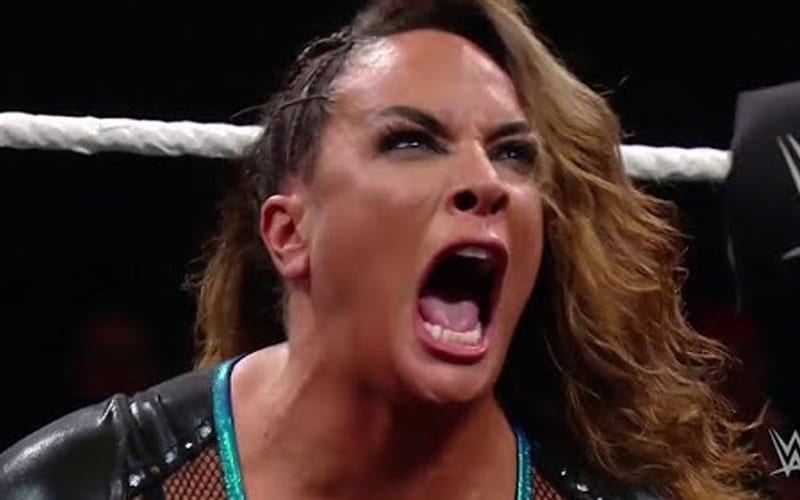 Nia Jax is making all the headlines ever since her return and all of them are for the wrong reasons.

The ever-controversial former RAW Women’s Champion’s poor in-ring ability has led to a number of Superstars getting injured or busted open in the past. Jax’s latest victim was Kairi Sane whose head was cut open by Jax at the tapings for last night’s episode of RAW.

The footage of this spot was cleverly edited out by WWE but they weren’t able to stop the word from spreading.

On Wrestling Observer Radio, Bryan Alvarez read out a text he received from one of his sources in the WWE. The person who sent out this text was furious with Jax and wanted her fired from the company before she seriously injures someone.

1000 percent Nia’s fault. She needs to be f*cking fired. She is dangerous. Fire her before she cripples or kills somebody.

Jax received a lot of backlash from the fans for hurting Kairi Sane and also for her racist promo in which she insulted Japanese culture.

The stories about Jax’s recklessness in the ring keep pilling up. Let us hope that WWE finds a long-term solution for this before someone is seriously injured.

Thank you to Wrestling News for the quote.

How do you think WWE should handle Nia Jax? Should they send her back to developmental? Sound off in the comments below.