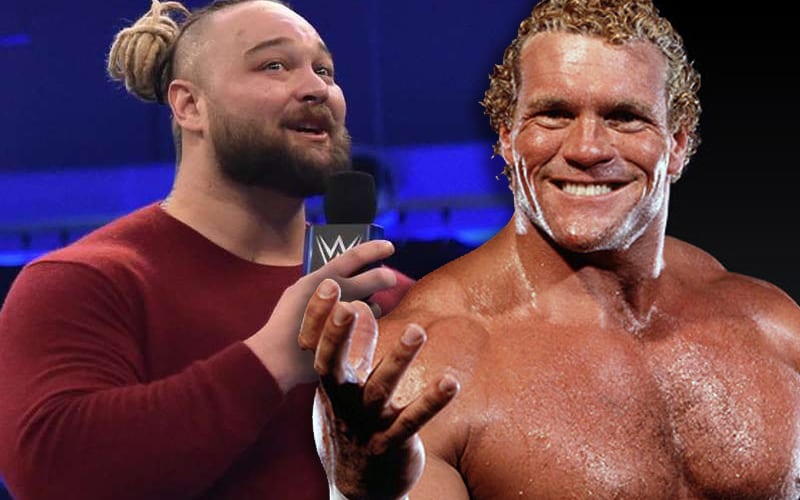 Bray Wyatt grew up in the pro wrestling business. He spent a lot of time backstage and that apparently included interactions with Psycho Sid.

Wyatt revealed a story from his childhood that fans have never heard before. A much younger Wyatt was backstage at WCW playing with his Rocketeer toy. Then he saw Sid and things turned ugly when he thought flipping the blonde monster the bird was a good idea.

When I was a kid I was playing in a WCW locker room somewhere with a brand new Rocketeer toy. Psycho Sid Vicious thought I was being too loud and I was annoying him. So I shot him the bird, like a man. And he promptly destroyed my Rocketeer toy.

Wyatt then revealed that his good friend Jason Baker helped him do more than just create The Fiend’s look. He also restored Wyatt’s faith in humanity by presenting him with a brand new Rocketeer figure 30 years after Sid’s destruction.

Today nearly 30 years later my great friend @bakingjason bought me a new Rocketeer toy and restored my faith in humanity. And guess what Sid, I’m the man now and you….. still suck!

Bray Wyatt was able to find some closure thanks to his good friend. The Rocketeer flies once again, but it’s no thanks to Sid.

What was your favorite childhood toy, and what happened to it? Did Sid destroy it? We bet he did. Sound off in the comments below!