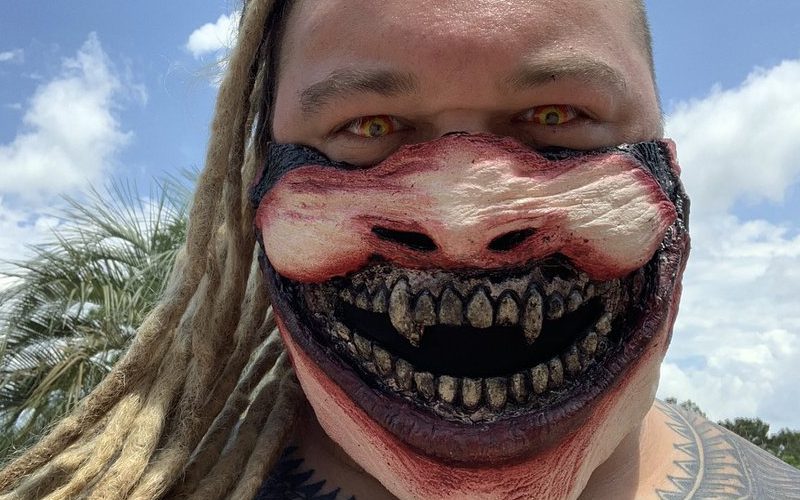 WWE got in the face mask game and Bray Wyatt just received his own custom Fiend design. Jason Baker helped make the Fiend a reality so he deserves total credit.

While posing with his new Fiend mask on, Bray Wyatt was probably smiling for the camera. He doesn’t fear the Apocalypse, because he’s been ready for it his entire life.

Thanks to @bakingjason , I fear not the Apocalypse. I’ve spent my whole life preparing for a Mad Max society. So bring it. #Xibalba

Bray Wyatt is lurking in the shadows on the blue brand. It’s unclear if the Apocalypse is really near, but The Fiend is going to get a crack at the Universal Title again sooner or later.