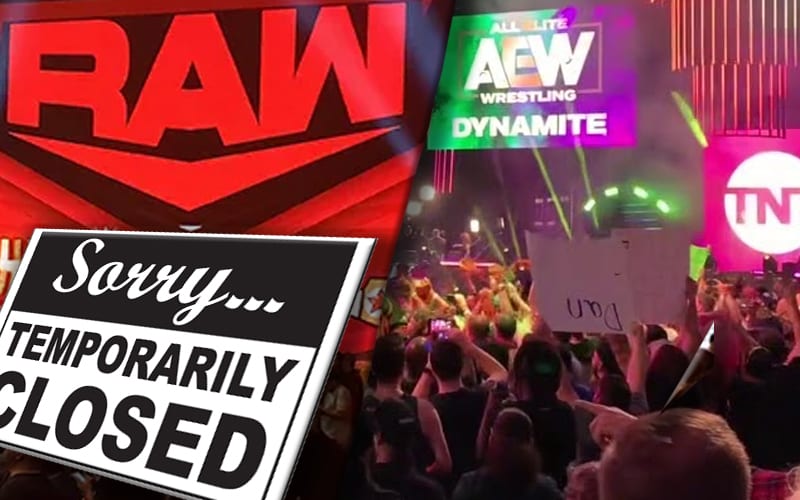 WWE and AEW haven’t had fans in attendance since mid-March. Fans are eagerly awaiting a return to live events, but they will have to wait.

Bryan Alvarez noted on Wrestling Observer Live that AEW and WWE will have fans back as soon as they can. The problem is that nobody know how soon that will be.

“As far as when WWE and AEW can have fans back NOBODY knows and it could be a couple of months. It could be this fall. It could be 2021. It could be mid to later 2021. Nobody knows, but they’re going to try to do it as soon as possible.”

Ringside News exclusively reported that WWE isn’t even close to bringing back touring shows. They will travel the country as soon as it is safe to do so, but they have quite a while to wait.

WWE and AEW are lucky to have their own venues. It’s easy to assume that they will start by allowing fans in those controlled areas for a while before taking the show on the road.

WWE might also have to change their taping schedule if they bring back actual fans. Even the WWE NXT Superstars who acted as fans were a bit pissed off about the tapings schedule.