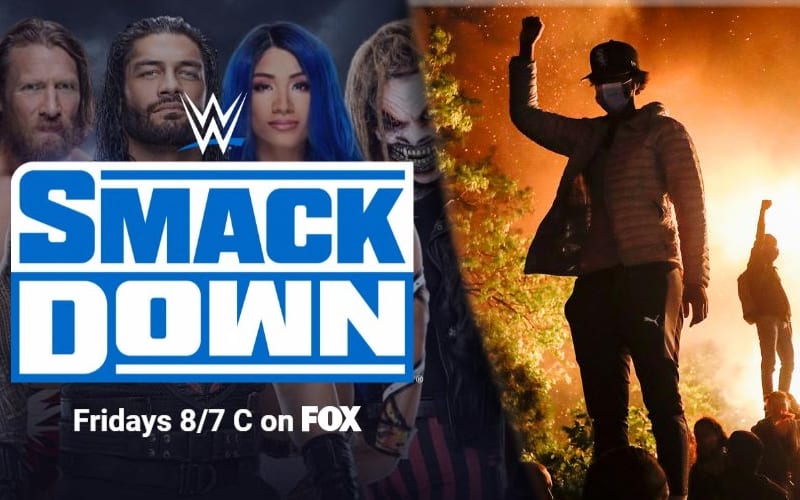 WWE Friday Night SmackDown saw a nice boost in ratings. Their Friday Fox show drew a lot more people, but were they all watching WWE programming?

Protests turned into riots in a few American cities on Friday Night. This caused some local channels to preempt SmackDown for breaking news. A lot of people tuned in to see the news and they didn’t see SmackDown.

Dave Meltzer stated during Wrestling Observer Radio that the 2.15 million overnight viewership number might be inflated. Minneapolis and Atlanta aired local news coverage of the riots instead of Friday Night SmackDown. This brought a lot of those local viewers who counted for SmackDown, but WW’s show wasn’t on their television.

We’ll have to see how much viewership drops when the final numbers come out, but it might be a little early to start celebrating too much about SmackDown’s viewership numbers this week.