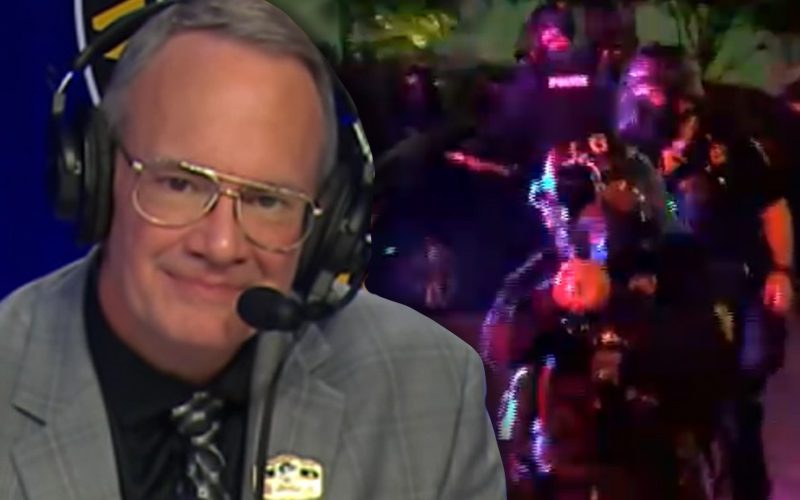 Shocking video footage is filling the internet today as riots sparked across America. One piece of footage went viral from Louisville as a reporter was shot at by police as she was trying to cover the chaos.

Jim Cornette was asked by one fan about a viral video showing Louisville police shooting rubber bullets at a reporter he only had one reply:

The cops staged a plain clothes no knock raid on the wrong house and murdered an innocent black woman and folks in town are not happy about it.

Breonna Taylor was a 26-year-old emergency medical technician, She was killed when police raided her apartment in Louisville in March. The Louisville Metro Police Department changed their policy to require body cameras.