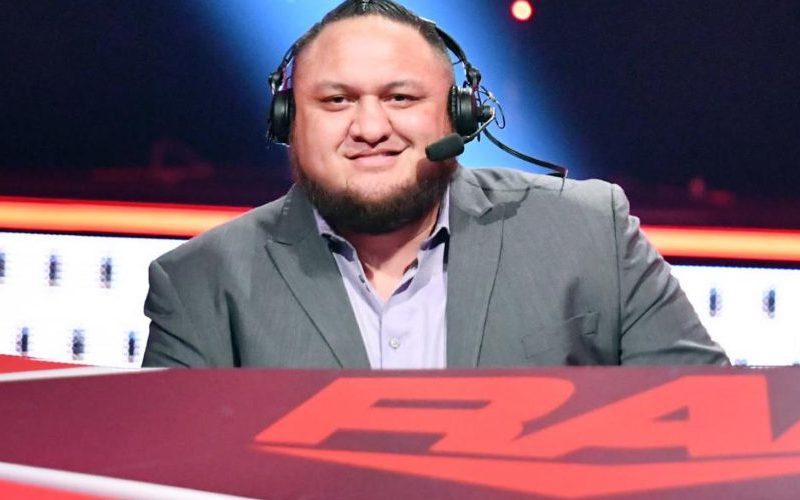 Samoa Joe was injured while filming a commercial for Monday Night RAW. Now he is a commentator on the red brand and it looks like he will remain that way.

It was previously reported that WWE saw Samoa Joe as too valuable in the ring. The general thought was that WWE will move him back into the role of a Superstar as soon as they can. WWE must like Samoa Joe in the commentary booth because he’s not leaving so soon.

The Wrestling Observer Newsletter noted that WWE is keeping Samoa Joe on the announce team for the long-term.

Samoa Joe is still not cleared to return, however he is also now considered the permanent replacement for Lawler as an announcer. What that means if/when he is cleared is that he may have the role where he announces and they can shoot angles for him to wrestle using that (since those kind of angles usually do well).

WWE could always need Samoa Joe to wrestle again, and if that’s the case then things might change. For now, it appears that Samoa Joe found a new spot in the company that will get his voice much more television time.