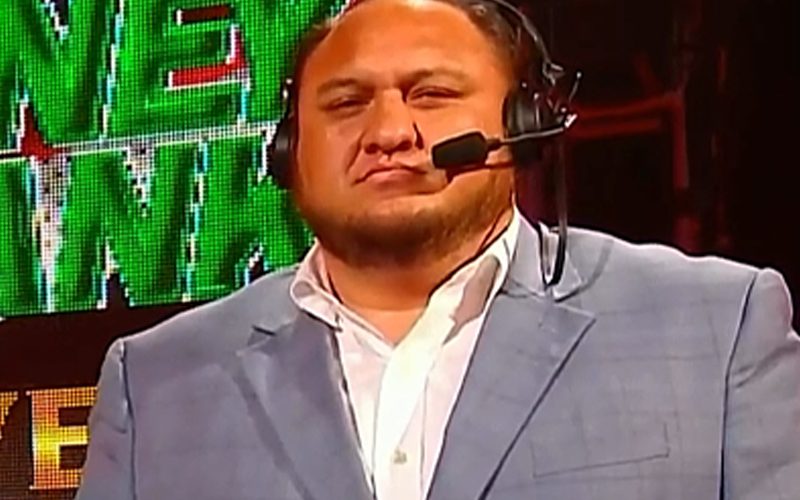 Samoa Joe is on the Raw commentary team now, but what is his status in the ring?

Joe suffered a concussion while filming WWE Raw’s “It Must Be Monday” commercial. That table bump spot made it into the final cut. He took some time off, but returned as an announcer.

During Wrestling Observer Radio, Dave Meltzer said that Samoa Joe is still out of action. He is out with a concussion and waiting for clearance.

Samoa Joe is excelling in his role on commentary. He can provide a wrestler’s perspective as he details what is going on in the ring and the motivation of those Superstars. His days in the ring likely aren’t over, but it was noted that he’s had a few concussions which is “not a good thing.”

Meltzer also noted that he was told Samoa Joe is “far too valuable as a wrestler” to become a full-time announcer. WWE’s current roster depth issue also creates a need for someone like Samoa Joe.

WWE has a very strict concussion policy. They don’t want anyone returning too early. The company also needs to avoid any nightmare situation with CTE in the future.