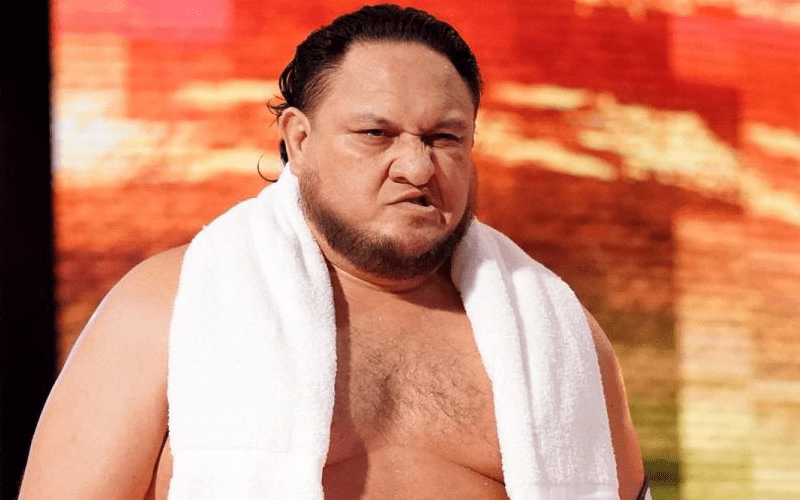 Samoa Joe takes part in activities apart from WWE. One recent day shooting a commercial turned into something much more serious.

Pro Wrestling Sheet reports that Samoa Joe injured himself last week while shooting a commercial. He apparently hit his head during a “bad table break” while filming a stunt.

There is no word on when he will return. It was noted that he could be out of action for “a considerable” period of time.

According to sources, the injury took place at a WWE commercial shoot last week when Joe hit his head during a bad table break as they were filming a stunt. While it’s unconfirmed at this point, sources tell us Joe could be out of action for a considerable amount of time.

It wasn’t noted what company Samoa Joe was filming this commercial for. We’ll probably see the commercial when it drops.