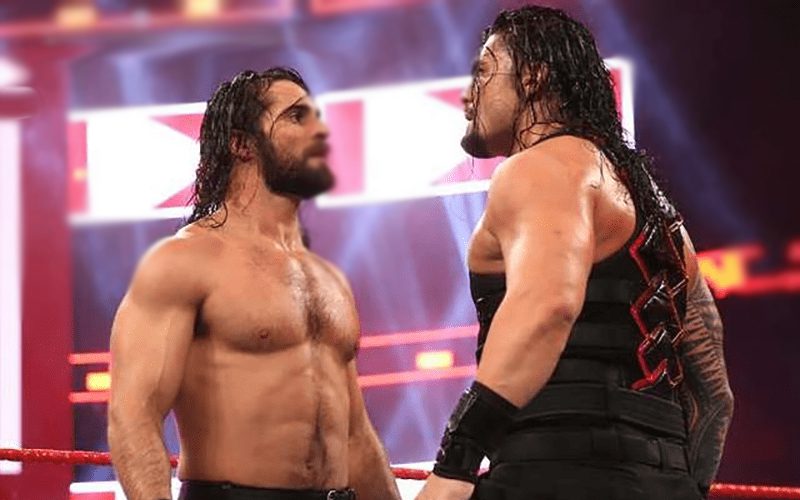 Roman Reigns has a lot of responsibility. Not only did Vince McMahon want him to be a top Superstar in WWE, but Reigns also has a huge obligation at home. One of those things had to take priority during the novel coronavirus pandemic. Seth Rollins 100% understands.

While speaking to Sports Illustrated, Seth Rollins joked about how Roman Reigns is “turning out twins.” His Samoan blood does seem to favor twins. Since Reigns has five kids running around that house The Monday Night Messiah understands why his former Shield Brother needed to stay at home.

“Oh yeah. They’re just turning out twins, man. This is their second set of twins now, which is crazy to me. I’ve never met anyone that had two sets of twins back-to-back. I was fortunate to get the news a while back, and it was nice to see him come out and explain why he’s been taking time off.”

“He’s got five kids running around at home, and he’s trying to help the wife out and make sure everybody’s safe.” said Seth Rollins. “It’s awesome. It seems like everybody is getting in on the new kid thing these days (laughs).”

We’ll have to see when Roman Reigns makes his return to WWE television. He was in a marquee WrestleMania match before deciding to leave and not compete.

Braun Strowman was given the Universal Title which is a championship he is holding onto as WWE was forced to change a big plan going out of WrestleMania 36.