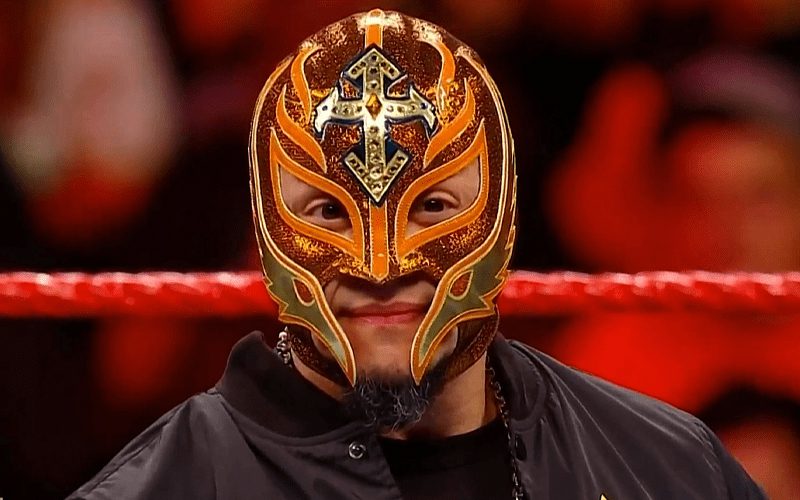 WWE teased the idea of having Rey Mysterio’s son involved in an angle with him for a while. Dominick Mysterio’s name was brought up once again by Seth Rollins this week on RAW. That wasn’t by accident.

The general thought is that bringing up Rey Mysterio’s son in that way was 100% intentional. They could even have more in store already. Seth Rollins is forming an army of young, promising talent. Austin Theory and Murphy could be joined by Dominick soon enough.

Wrestling News reports that WWE thought about turning Dominick against his father last year. They could have saved that plan which might be a perfect addition to the Monday Night Messiah’s current program against Mr. 6-1-9.

“There have been rumors since last year of Dominick turning on his father and having him join Seth Rollins’ stable would be a great opportunity to introduce his new heel character.”

Dominick Mysterio also deleted his personal Facebook account in the last couple of weeks. This was a quiet move, but it could indicate that he is getting closer to WWE.

Mysterio’s son was trained by Lance Storm, but he had a few other teachers along the way. He has a much different look from his father, so it will be interesting to see what he has in store for fans.

Rey Mysterio is supposed to announce his retirement on WWE RAW next week. Seth Rollins will host that segment. Let’s see if Dominick joins them.