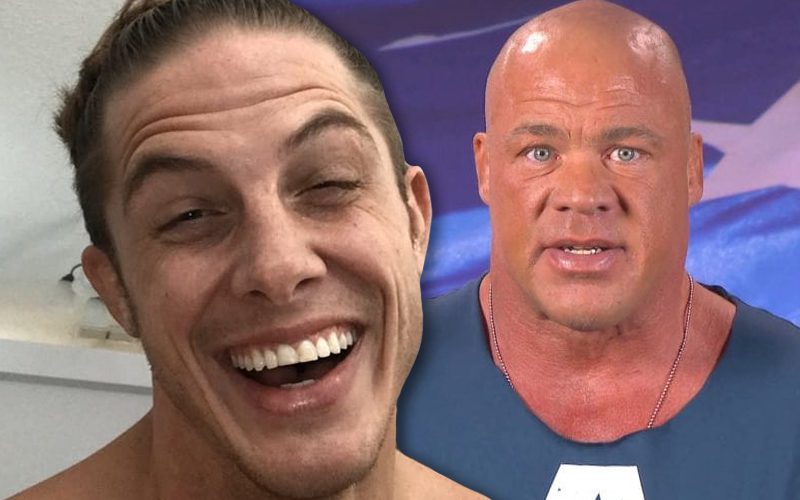 Kurt Angle influenced a ton of people during his Hall Of Fame career. Matt Riddle is one of them and he can see how their two roads are similar.

While he was hanging out on WWE The Bump, Matt Riddle discussed his upcoming match against Timothy Thatcher. Kurt Angle will be in the ring as a special referee. This is a very cool moment for Matt Riddle as the Original Bro explained how he resembles Kurt Angle and also looks up to him.

“Kurt Angle, the guy’s got it all. Olympic Gold Medalist, pro wrestling Superstar, the guy on the microphone — he can be serious, he can be hilarious. I mean, honestly I think I’m a lot like him. I am a lot like him. I am Matthew Riddle, not Kurt Angle, but I think we have a lot of similarities and we share the same characteristics and what made him great is gonna make me great as well.”

“To be in the ring, to be in the cage with Kurt Angle, it’s gonna be an honor, but unfortunately I have to share it with Trashy Tim.”

Kurt Angle will officiate the cage match between Matt Riddle and Timothy Thatcher. That could be Matt Riddle’s final match in NXT if the reports are correct about his main roster call-up.