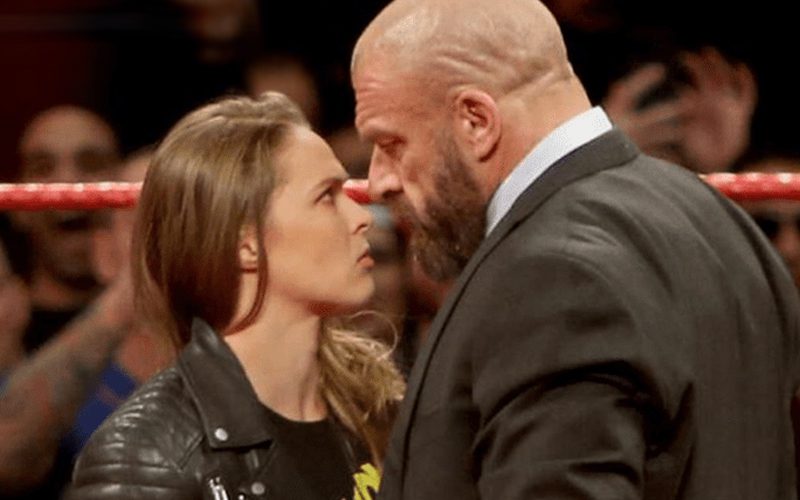 Triple H was instrumental in the process of bringing Ronda Rousey into WWE. The Baddest Woman On The Planet is hard to read sometimes.

Rousey told Steve-O not too long ago that she doesn’t feel like coming back to WWE to perform for “ungrateful fans.” She went on to say a few more things about “fake” fighting. This brought a lot of controversy within the IWC.

Triple H recently spoke to TMZ about Ronda Rousey. He doesn’t know what her intention was with those remarks.

Ronda Rousey could have been shooting. It might have also been an attempt to keep her name circulating in the pro wrestling world to further enrage fans. She did have that sort of heel persona upon her WWE exit.

Ronda Rousey will return to WWE on her own terms. Right now it seems like Browsey Acres is a happy home for her and an isolated one at that. She also has a huge coronavirus stockpile since Rousey and Travis Browne were already living as doomsday preppers.

You can never say never about Ronda Rousey’s eventual return. A few fans still think she might be the SmackDown hacker.