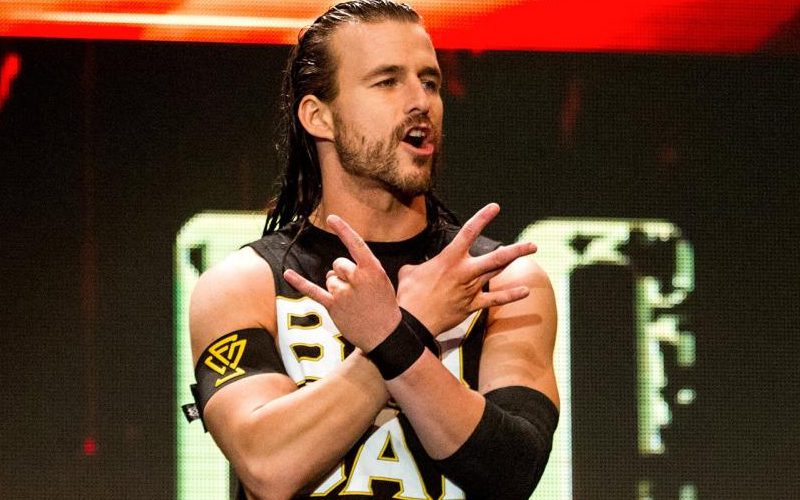 Update: It was later revealed that WWE actually signed all four members of the Undisputed Era to long-term deals last year. They’re not going anywhere for a while, bay bay.

Original: WWE could lose Adam Cole, but it wouldn’t take long for him to find a new pro wrestling home.

AEW star Britt Baker and Adam Cole are a couple. Read all about how they met via a smartphone hookup app here. She recently stated that there are big hopes to see Cole wrestle again with The Elite very soon.

Wrestling News reports that Cole’s WWE NXT contract is up in the Summer. This could see him out of WWE by August or September if he doesn’t re-sign with the company.

NXT Champion Adam Cole’s contract is set to expire sometime this Summer. I believe his deal is up in August or early September.

If Adam Cole allows his WWE NXT contract to run out then he will have no non-compete clause. Jon Moxley and Matt Hardy allowed their contracts to expire and then let their pro wrestling journeys take them elsewhere.

Cole was also at AEW’s Memorial Day party with his Britt Baker. The Young Bucks, SCU and others were there as well. He has been to a few AEW social situations in the past.

All Out is September 5th. If Adam Cole’s WWE NXT contract expires in August or early enough in September then fans could be in for a big surprise no matter where All Out is held.

All of this should be taken into consideration when thinking about Adam Cole’s status as NXT Champion.