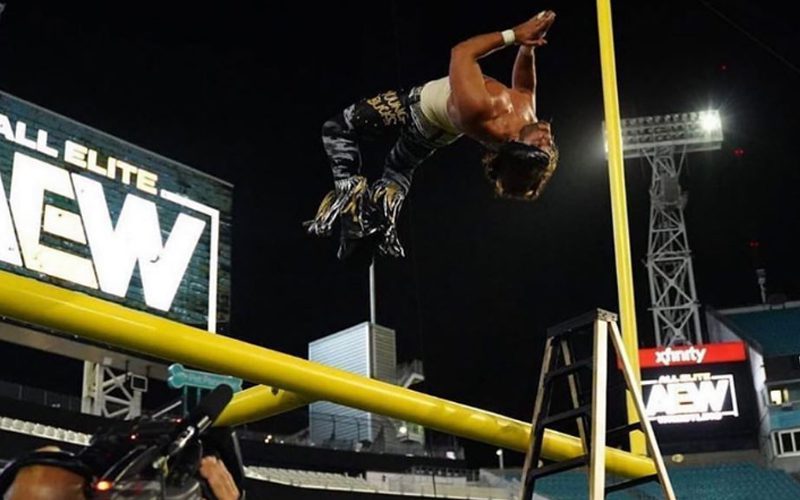 Matt Jackson won’t let a busted up rib keep him down. He entered the Stadium Stampede match ready to perform and he didn’t hold anything back in the process.

Matt’s wife Dana Massie posted an update on her husband’s status. He said he is CRAZY, but he’s okay except for the broken rib.

My husband is CRAZY 😬🙈 So thankful he’s okay (besides a broken rib)… that match was fun, but also super stressful to watch last night!!

AEW Double Or Nothing concluded with a Stadium Stampede match that might have been hard for Mrs Matt to watch. Plenty of fans really enjoyed seeing The Elite take on The Inner Circle in such an unconventional setting.