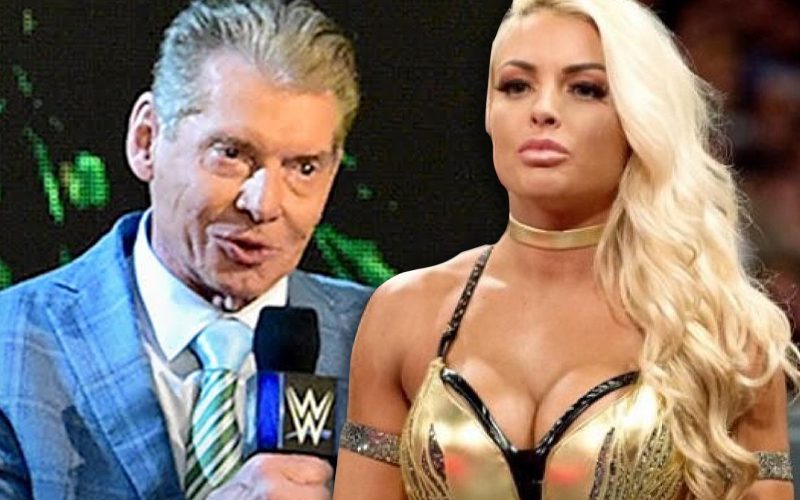 Mandy Rose’s character transformed into a Daisy Duke wearing working girl alongside Otis. Vince McMahon is the driving force behind Otis’ angle as we exclusively reported. Rose has been around WWE for longer than Otis, so she knows the struggle can be real to get a word with McMahon.

While speaking to the Gorilla Position, Mandy Rose opened up about pitching ideas to Vince McMahon. The goal is for him to like what is being suggested, but it’s not the end of the world if he rejects it.

The Golden Goddess then touched on how difficult it can be acquiring that precious time with Vince McMahon due to his busy schedule.

“You want to make sure that he likes it, hopefully! And if he doesn’t? Whatever you know? At least you tried. It’s not that big of a deal.”

“He’s [McMahon] a very important man, he’s so busy it’s hard sometimes trying to get a word in with him. Sometimes? If it’s a good time, and it was a good time, I just went with it. I just gave him quick bullet points of what I think it would be, how it would be cool involving Otis and he loved it.”

Ringside News exclusively reported that it’s getting much harder to get a word with Vince McMahon. He is especially busy right now with many different things.

Sometimes it’s all about timing when it comes to speaking with Vince McMahon. You can catch him in a bad mood where he’s upset about how someone cooked his steak and he’s not going to like anything. Then again, he could be in a great mood and willing to listen. Obviously, Vince McMahon is a complicated character.