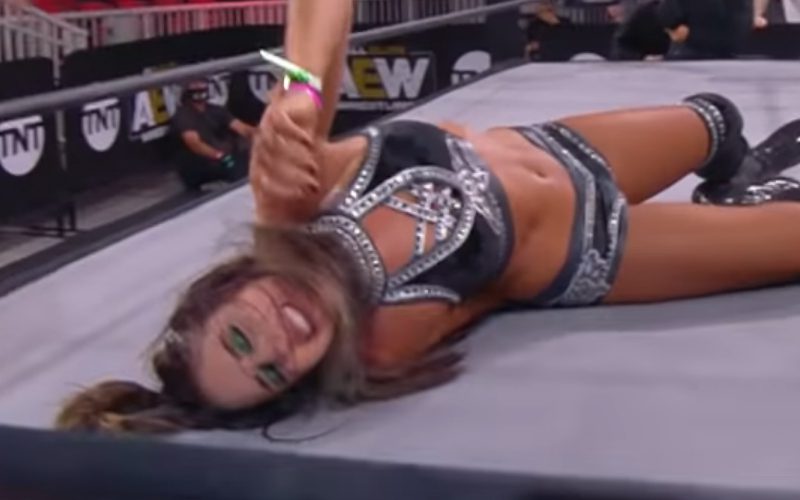 Britt Baker took a hard spot during AEW Dynamite this week. Now her knee is in rough shape.

Baker went off for an MRI today a little bit after 3 PM. It was speculated last night that she might have suffered a torn ACL. That could keep her out of action for nine months or longer.

Bodyslam has a backstage update on Baker’s situation. It was reported that her knee was “pretty bad.” It’s not looking good that she will be able to work Double Or Nothing.

I reached out to my sources within AEW today and inquired about Britt Baker’s health status following her injury on last night’s episode of Dynamite, and was told that she had her knee heavily wrapped up today and that it hurts pretty bad. I also asked about her status for Double Or Nothing and if she would be able to wrestle, and was told “personally I doubt she will be good.. but who knows.”

Britt Baker has a match scheduled against Kris Statlander at AEW Double Or Nothing. We will have to see if she’ll be able to make that match.

It is very likely that AEW will have to pull Baker from the match judging by the sound of things. This is not good timing at all.