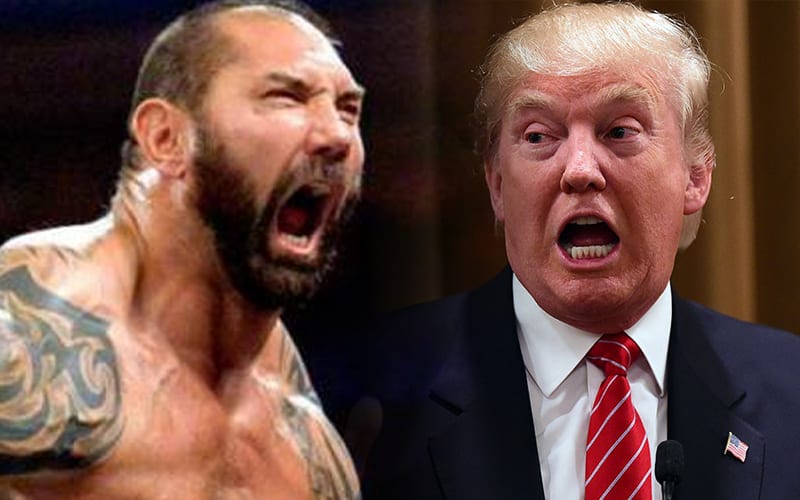 WWE Hall Of Famer and current US President Donald Trump recently jumped on Twitter and had a lot to say about “fake news” and the “radical left.” Batista read that and he had something to say in return.

Dave Bautista fired back at Trump to call him out for spreading propaganda. He called the POTUS “childish” and said he manipulates people as a “wannabe dictator.” Anyone with “a brain cell in their head” is coming to the realization that Trump is just that. He’s “exposed” himself too many times, and now he has over 60,000 dead Americans to blame on his failure to be ready for the novel coronavirus pandemic.

@realDonaldTrump you’re all propaganda. You’re a childish manipulative #wannabedictator and anyone with a brain cell in their head isn’t buying it any more. You’ve exposed yourself to many times. Over 60 thousand Americans died on your watch. #FakePresident

As of this writing, there are 62,433 confirmed deaths in the United States due to COVID-19. The first positive case was discovered on January 20th. There are currently 1,077,347 confirmed COVID-19 cases in America and over 13,000 new cases were reported today.

So far Donald Trump has not commented on or responded to Dave Bautista’s tweet.