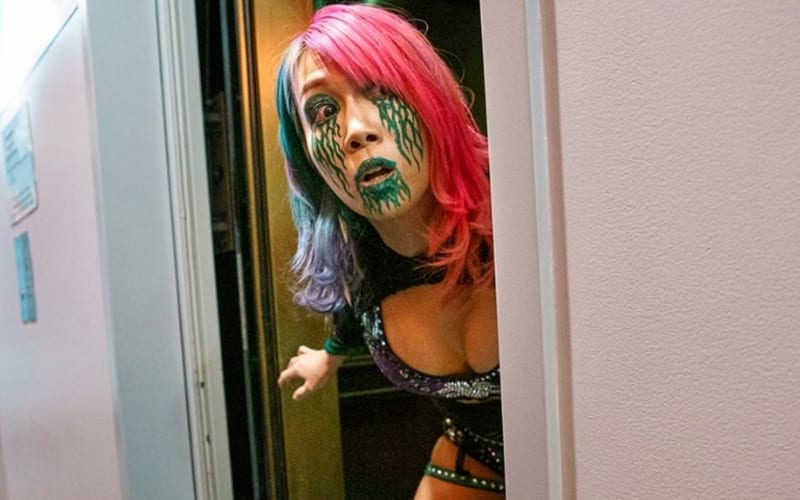 Asuka has thrived in the empty WWE Performance Center shows. Not only did she gain a lot of attention dancing around the stage, but she also captured the RAW Women’s Championship. The Empress Of Tomorrow seemingly took a turn to the babyface direction as well.

RAW needs a top babyface right now, especially with Becky Lynch off television. This made it essential that WWE get Asuka over to the babyface side as Wrestling News reports. The fact that so many fans are having fun watching Asuka and Kairi Sane have fun also made things easier.

“I asked about the turn and I was told that the Asuka and Sane turn was not something in the plans but it was necessary because they want a babyface champion right now with names like Shayna Baszler and Nia Jax in line for title matches in the coming months.”

Asuka is now on top of RAW, but Shayna Baszler could be close behind her. Nia Jax is also on the red brand and she was supposed to face Becky Lynch at Money In The Bank until WWE had to change plans.

This will be an interesting time of transition. Fans could see a new unexpected female break out that. Asuka is going to lead the charge for the women’s division and she’ll be a babyface while she’s doing it.

WWE is making a lot of moves right now, what do you think of turning Asuka and Kairi Sane babyface? Sound off in the comments below!