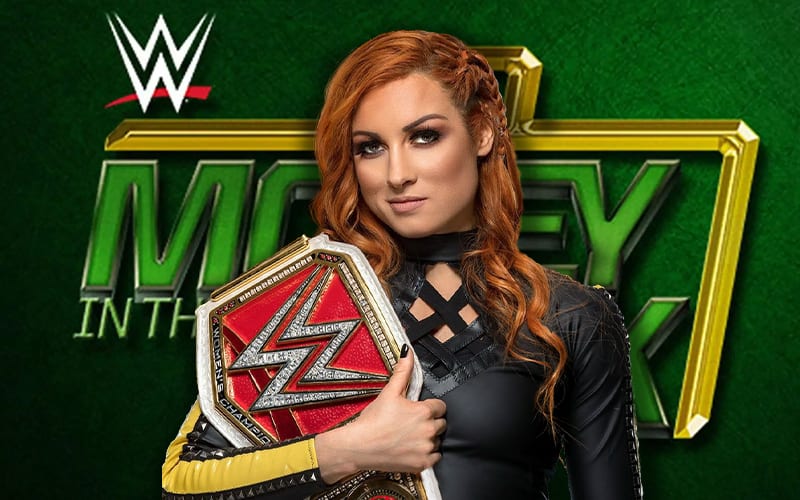 Becky Lynch could not compete at Money In The Bank after discovering she was pregnant. It’s a good thing she made the discovery when she did because The Man had a tough opponent scheduled for Money In The Bank.

The Wrestling Observer Newsletter noted that WWE’s original plan for Becky Lynch at Money In The Bank was for her to put the RAW Women’s Title up against Nia Jax. Lynch would have also kept her title through the match.

The actual original booking plan was for Lynch to wrestle Jax in a singles match at the MITB PPV, and to retain the title.

We’ll never know what Becky Lynch vs Nia Jax would have been like at Money In The Bank. Other things ended up taking precedent. Now Becky Lynch will get to watch Nia Jax wrestle from the safety of her own home as she enjoys this new chapter in her life.