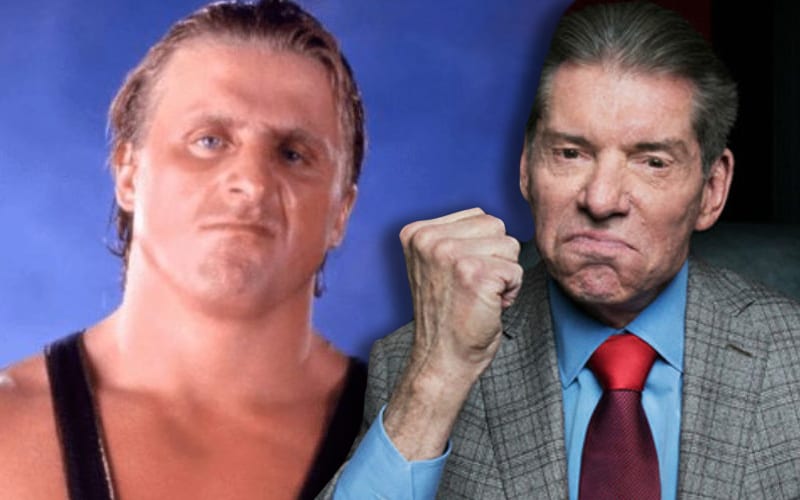 Owen Hart’s life was ended far too soon and his wife wanted justice. She took WWE to court with a wrongful death lawsuit, but Vince McMahon doesn’t take a lawsuit without putting up his own fight.

Martha Hart said on Talk Is Jericho that she had a “knockdown drag out fight” with WWE’s legal team. Then she revealed that WWE actually sued her for breaching Owen Hart’s contract.

“It was the craziest thing because they had in their contract that you could only sue them in Connecticut. I wasn’t suing them about Owen’s contract, it was totally different [wrongful death lawsuit], but through that process of the lawsuit they were trying everything and anything to muddy the waters and intimidate me so they were throwing everything at me.”

Martha said that WWE also “manipulated Owen’s family” and drew out the legal process. She commented on how WWE has deep pockets and they can pay attorneys forever.

Owen Hart’s widow said that they had to have a judge there just to do depositions because their attorneys were so angry with each other. Then McMahon dropped a lawsuit on Martha Hart in the middle of everything.

“Then Vince sued me because he wanted the case moved to Connecticut because in Missouri you’re allowed punitive damages, but in Connecticut you’re not. He was so worried like ‘Oh my god there’s so much negligence here that the punitive damages are just going to be like through the roof.’ So he sued me which was really tough because I had to hire lawyers in Connecticut to fight that lawsuit while I was battling the wrongful death lawsuit in Kansas City.”

She said the rest of the Hart Family was working against her as well. “It was awful,” Martha Hart remembers. She recalled that Vince McMahon was using every tactic he could against her.

Martha Hart wanted to speed up the legal process, but WWE kept dragging their feet. Then her attorney told her to put an amount on the table that they rejected, but the interest started to rack up which encouraged WWE to speed up the process.

Martha Hart wanted to take WWE to court. Then her attorney told her that in the end it will just come down to money because “nobody’s going to jail.” Martha Hart decided that “I’m going to create my own justice.” This is when she created the Owen Hart foundation.