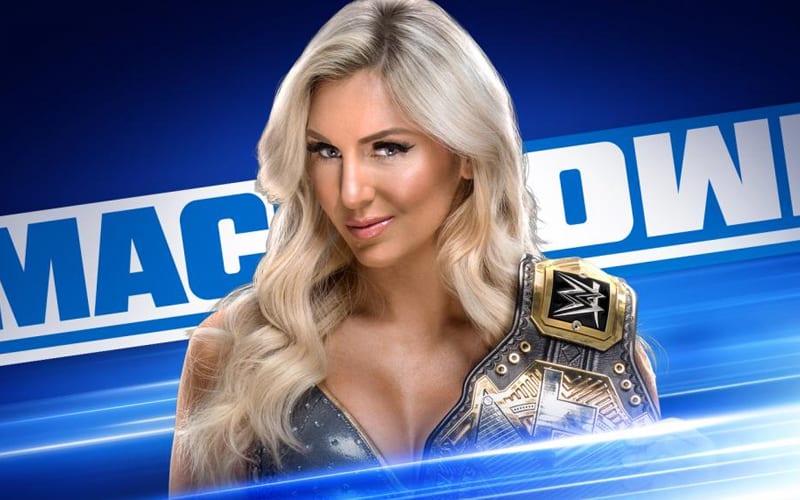 Otis is Mr. Money In The Bank after a surprising victory on Sunday. This week he will be on Miz TV. Let’s see if his peach Mandy Rose joins him on the Most Must-See WWE Superstar’s blue brand talk show.

The WWE Intercontinental Title Tournament will start this week. Click here to find out what matches to expect.

Charlotte Flair is also slated to be on the show this week. She is still NXT Women’s Champion so it will be interesting to see what happens next for The Queen.

All that and more is slated for WWE Friday Night SmackDown on Fox.

The Miz and Morrison were already in the ring when the show started. Otis came out before being introduced. He was excited and did a cartwheel at ringside.

Otis didn’t sit in the director’s chair on the Miz TV set. He was afraid he’d break them. Then he was asked about his MITB win. He said his biggest win was winning Mandy Rose’s heart.

Miz asked him how he got Mandy. Morrison asked Otis if he was “packing some serious meat… in the briefcase.” Otis revealed he has a contract, Rolaids, and Gas-X in his briefcase.

Then they showed pictures of Otis as a baby for some reason. He weighed 12 pounds 4 ounces. “I was the biggest baby to come out of my other.” Morrison asked Otis if he was pregnant and said Otis should do what Lynch did by relinquishing the briefcase even though that’s not what Otis did.

Miz couldn’t stand Otis has the briefcase and the girl. He can’t stand that Otis is so close to being the face of SmackDown. Miz said he wants a tag team match tonight. He doesn’t care who Otis picks as his partner “anyone who wants to tag with the human version of Shrek.”

Elias is back and he seems to be just fine after that brutal attack from Corbin a few weeks ago.

Corbin and Elias got started with some brawling and they traded advantage. Corbin hit a back elbow and got a two count. Then he latched a submission hold on Elias for a bit.

They brawled outside and Corbin sent Elias into the barricade before putting him in the ring. Corbin grabbed Elias’ guitar and acted like he was playing it. Corey Graves said it was awesome.

Elias hit a dropkick and sent him into the ring steps and the ring post. Then he sent him over the barricade.

They continued on and Elias wouldn’t let Corbin pin him, even after landing his running around the post into a clothesline spot. He nailed another clothesline and took his time before getting Elias up for a third short clothesline.

Elias hit a neckbreaker to create some separation as they both got to their feet. Then Elias landed some body shots. He got pumped up and ripped his shirt off before continuing with a clothesline.

Elias sent Corbin onto his face and landed a knee drop before climbing up top. Elias landed on his feet and then Corbin ran outside for another clothesline spot, but Elias ducked, then Corbin landed a spinebuster for a two count.

Corbin continued to maintain control as he beat Elias down. Then he went out and got Elias’ guitar and smashed it across the ring post. Elias was mad and he hit a knee and rolled Corbin up for the win.

Otis was backstage. He asked Sheamus to be his partner tonight against Miz and Morrison. Sheamus said “not a chance” and he walked off.

Then we got another hacker segment. He teased revealing himself.

Braun Strowman was backstage and Otis asked him if he will tag with him. Strowman asked if he was propositioning to be his tag team partner or trying to get him in the ring. Otis said he just wants to tag with Braun. The Monster Among Men said he respected Otis so he’ll think about it.

Brooke had a nice handspring elbow in the corner early on. Naomi turned it around tried for a roll-up pin.

Then Dana Brook got a very quick pinfall on Naomi.