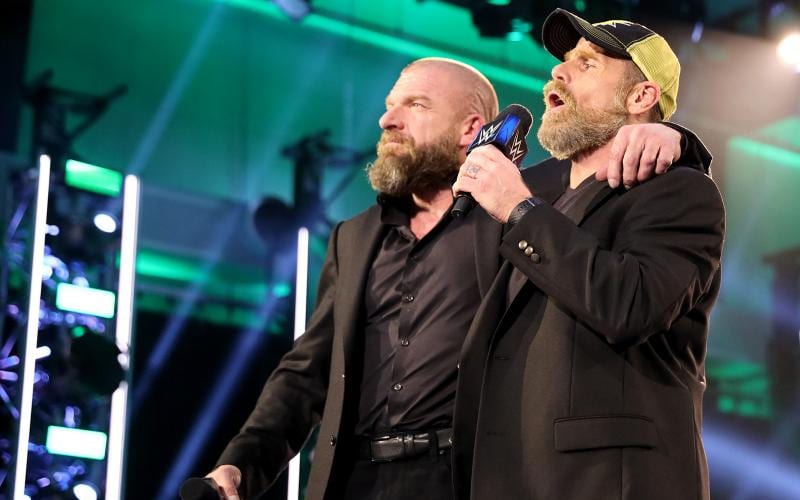 WWE NXT will include a major announcement this week. It’s unclear exactly what they have to say, but two WWE Hall Of Famers will break the news.

Triple H and Shawn Michaels were going to be at WWE’s NXT television taping anyway. They are imperative to running the show behind-the-scenes. Both DX members will be on WWE NXT this week to many the huge announcement as McKenzie Mitchell stated in a WWE NXT update.

Earlier today on #WWETheBump, @RealKingRegal mentioned that there will be a major announcement to come on #WWENXT…@mckenzienmitch has just gotten word that this announcement will be made by #DX @TripleH & @ShawnMichaels, TONIGHT on #WWENXT!

It’s uncertain what kind of big announcement Triple H and Shawn Michaels have to make. The fact that DX is going to be on NXT could be enough of a ratings draw in and of itself. The company is plugging this major announcement pretty hard.

Keep checking back with Ringside News for constant updates regarding this on-going story.