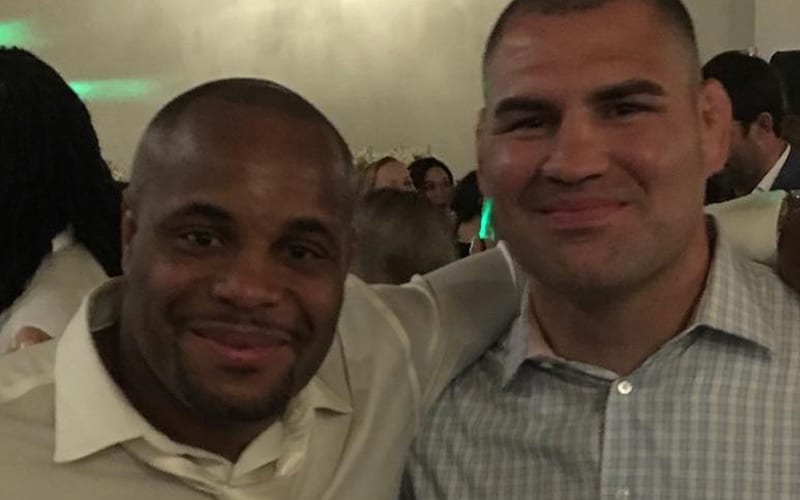 Daniel Cormier teased the idea of joining WWE, or at least their broadcast team. He watched as fellow UFC fighter and friend Cain Velasquez was axed from WWE after only 2 matches. DC understands the situation because the world has never experienced anything like the novel coronavirus before.

While speaking to Sports Illustrated, Daniel Cormier brought up Cain Velasquez and stated how much confidence he has in him. Cain will land on his feet, but DC still felt sad because he knows how much Velasquez loves pro wrestling.

“It makes me sad for Cain. I know how much he enjoys wrestling. I know that he’s going to land on his feet. There is no person in the world I am more confident that will come out of whatever situation in a positive light than Cain Velasquez.”

Daniel Cormier also stated that WWE’s situation doesn’t change how he views a WWE run. The COVID-19 pandemic is something that changed a lot of things. Right now every company is doing what they can to make it through the pandemic.

“So to say that it would make you only want to do a one-off as opposed to a contract? I think that’s a little much. Everybody’s doing exactly what they’re doing because of the pandemic.”

WWE never stopped producing content through the pandemic, but some big cuts were made along the way. Cain Velasquez didn’t get much of a chance to show what he could do. After one match in Saudi Arabia and another in Mexico, he never got to wrestle under the WWE banner inside the USA.