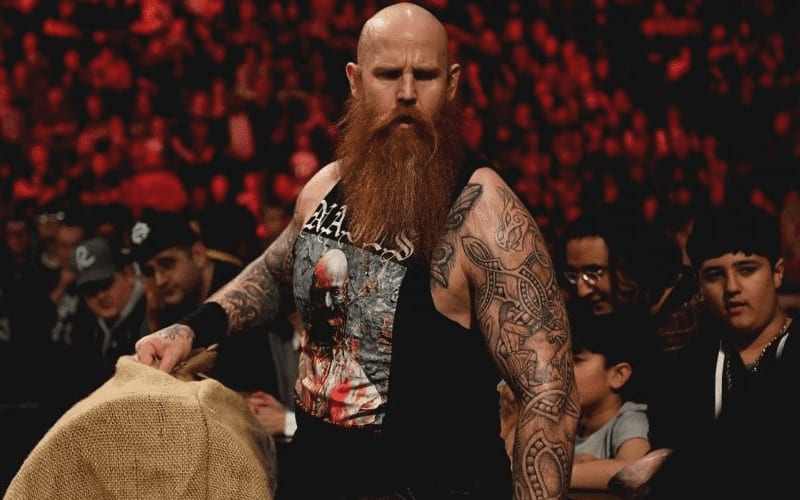 Erick Rowan was released from WWE on April 15th, 2020. A lot of Superstars who were released in that wave got right to work with merchandise and interviews. Erick Rowan took a different approach, but he’s not done yet.

The former Wyatt Family member wanted to make it clear that he’s still alive. He dropped a new t-shirt on PW Tees that definitely made that message clear. A tombstone with the date of Rowan’s WWE release was featured on the shirt. A hand popping out of the ground should signify a return to pro wrestling is coming as well.

Rowan carried around a cage for the longest time. It was a big mystery as to what was in that cage. When an oversized spider was revealed fans didn’t react the way Vince McMahon hoped. The spider was then killed off on March 9th, 2020. That’s why it got a little tombstone on this t-shirt too.

You can check out the new merchandise below. Rowan is now Erick Redbeard which is a persona that totally makes sense. Let’s see where his red beard appears next.