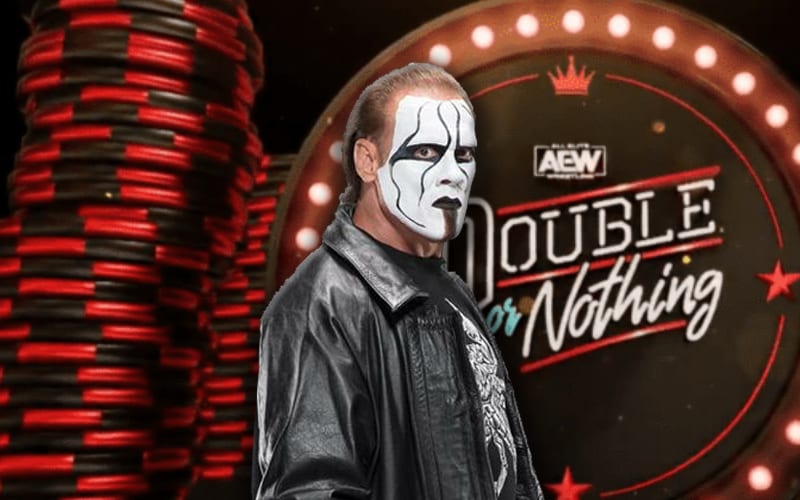 Sting and WWE aren’t working together right now. The Stinger is no longer under contract, and it’s unclear if they will ink a new deal. AEW Double Of Nothing is on May 23rd, and a lot of fans are trying to connect the dots that would lead Sting to All Elite Wrestling.

PW Insider cleared up a rumor that has been floating around the Internet Wrestling Community. They made it clear that Sting is not the person who will present the new TNT Championship to the inaugural. winner.

Sting that he will not be the person who presents the TNT Championship to the winner of Cody vs. Lance Archer at the AEW Double or Nothing PPV, which is something we have been asked a lot about

Bret Hart’s appearance at AEW Double Or Nothing to present the AEW World Title sent shock waves through the pro wrestling world. It was not expected that the Hitman would be in Las Vegas for AEW’s big event.

Sting isn’t under WWE contract anymore. Cody Rhodes has also recently mentioned Sting in a few tweets, but that doesn’t mean he will be at Double Or Nothing this year to present the company’s new title.