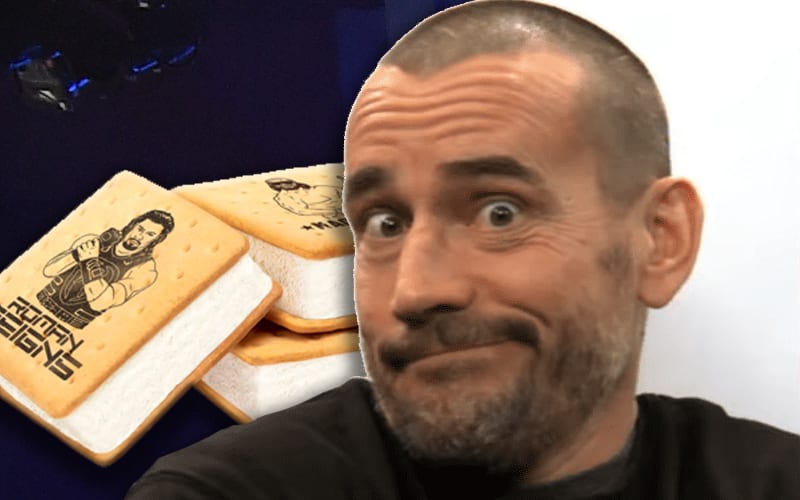 CM Punk campaigned hard for WWE to bring back their ice cream bars, but it never happened during his tenure with the company. Now ice cream sandwiches are back and Punk is getting his first taste of the throwback treat.

During WWE Backstage, CM Punk finally got to try one of the new Good Humor ice cream sandwiches. He had some positive things to say, but he wasn’t over the moon about them.

CM Punk did find the time to tweet out a picture the new ice cream sandwiches along with some pickles. He tagged Becky Lynch just in case she needs an idea about some pregnancy cravings later on.