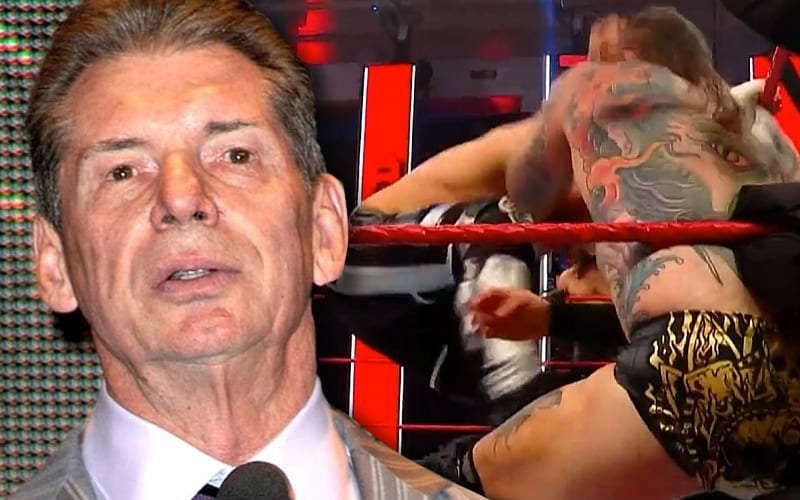 Vince McMahon has his own method, and WWE runs the way he decides it will. One little known backstage rule about tag team wrestling might have gone unnoticed by fans. The Superstars in the ring are well aware of it.

Bryan Alvarez revealed on Wrestling Observer Live that some tag team matches have needed to cancel spots because it violated one of Vince McMahon’s rules about tag team wrestling.

An illegal man in a tag match can’t touch a legal man unless he’s breaking up a pinfall attempt. When a legal tag takes place the team tagging in can beat up the legal opponent for five seconds. The illegal man can’t touch any competitor who is legal. On the same subject, two illegal men can’t fight with each other during the match.

This explains why the tag team match was ended when Seth Rollins attacked Rey Mysterio this week on RAW.

Vince McMahon has his own logic with tag team wrestling. It does create a kind of order in a match, but it also makes us wonder how he arrived at those decisions. Even though they aren’t talking about these rules on commentary, they are always followed unless there is a special circumstance.