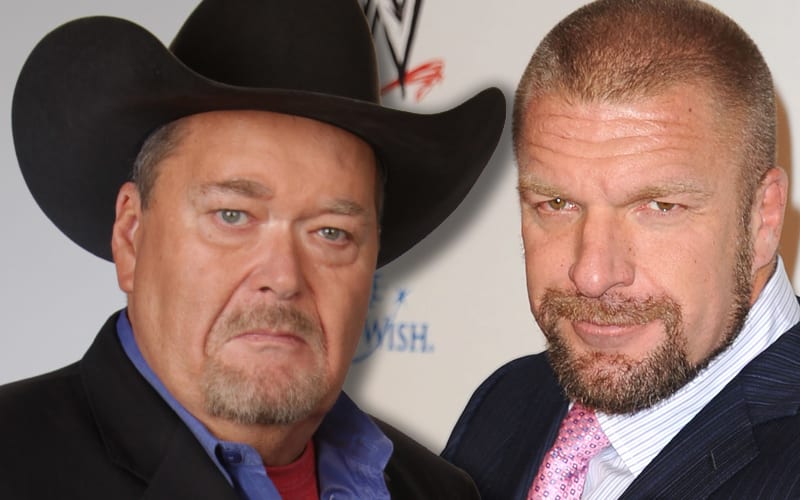 Triple H makes a lot of money. He has a top spot on WWE’s corporate ladder and he also appears on screen which nets him a talent contract. During his days as a WWE Superstar it was all about the Benjamins as well.

On a recent episode of Grilling JR, Jim Ross revealed that during his days as head of talent relations he gave a $1 million downside contract to Triple H. The Game responded to this offer by making sure that he was making more than anyone else.

“It was Evansville, Indiana, he and I were sitting on an anvil case hammering out the final arrangements on his new contract to where he got the magic number,” Ross said. “$1 million a year and he deserved it. Vince did not authorize me to do those $1 million dollar downsides very often. Hunter got his and he deserved it.

“For some reason, I remember him saying to me ‘Are you sure nobody has a better deal?’ and I said ‘Yeah, I’m very sure, are you doubting me?’ and he said ‘No, I just want to make sure’, so ‘Okay, you’re sure. Nobody in this company has a bigger downside guarantee than you will have when you sign that contract, is that what you wanted to hear?’. Then he shook my hand and off we went. Now if he made $1 million a year it would be a giant cut in pay.”

It was recorded that Triple H made $3,328,092 last year. He’s still making a ton of money and just pocketed $1.5 million last week by unloading a ton of WWE shares. Money is important to Triple H as it should be for everyone. It’s nice to see that some things never change.

wpDiscuz
1
0
Would love your thoughts, please comment.x
()
x
| Reply
You are going to send email to
Move Comment