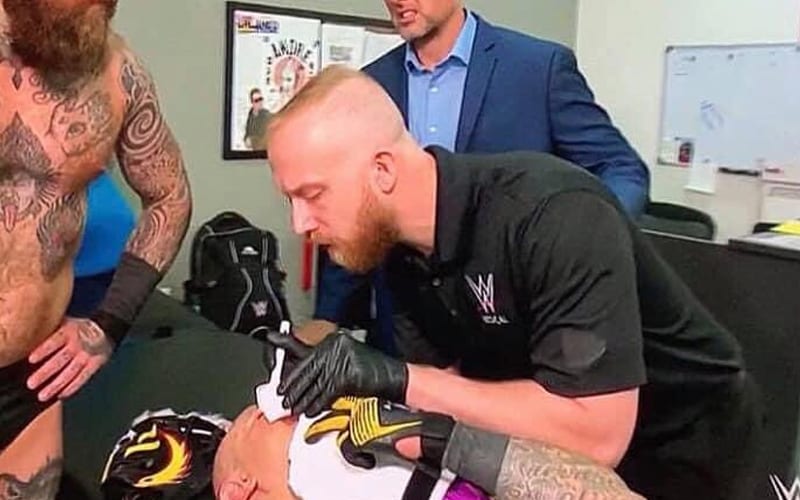 Rey Mysterio ended up in the trainers’ room by the time WWE RAW was over this week. Seth Rollins took him out and then tried to take out his eye. Now we know who worked on him backstage.

Chico Adams and Mike Reed were the two men backstage posing as medics for WWE. Reed has worked as an enhancement talent for WWE in the past. He also recently worked an episode of AEW Dark.

Adams has also appeared on WWE television in the past. He was one of Goldberg’s security guards at WrestleMania 36. Chico Adams tweeted out to say what an honor it was to work on RAW this week.

You never know what kind of roles playing bit parts like this might build to in the future.