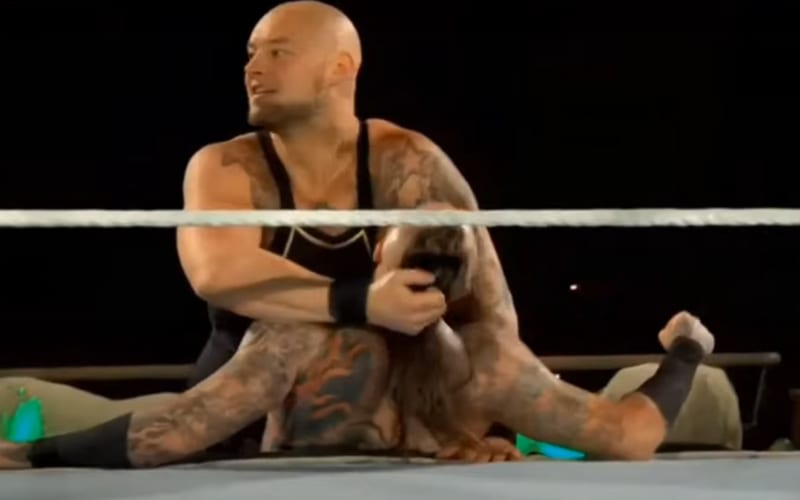 Rey Mysterio was in the WWE Money In The Bank ladder match this year. He didn’t have the best time as King Corbin tossed both him and Aleister Black off the top of WWE Headquarters. How is WWE going to explain this one?

WWE sent out another round of fan surveys. Those surveys can tell us a lot about WWE’s logic. One also recently revealed the company’s possible plans implement Superstars and celebrities as fans in the audience.

WWE’s Fan Council wanted to know what the most surprising moment was from Money In The Bank. There were plenty of options from Braun Strowman “besting” Bray Wyatt to Otis’ Money In The Bank win.

“King Corbin launching Rey Mysterio and Aleister Black out of sight” was another option to choose from. It seems that he didn’t “throw them off the roof.” King Corbin “threw them out of sight.” So, it’s not 100% clear cut evidence of attempted murder.

Aleister Black cracked a little joke about the spot. He posted a photo of a classic ghost as a white sheet with eye holes cut out. Rey Mysterio has yet to break his social media silence. We can only hope that Mr. 6-1-9 is okay.

What was your favorite moment of Money In The Bank? Sound off in the comments below!